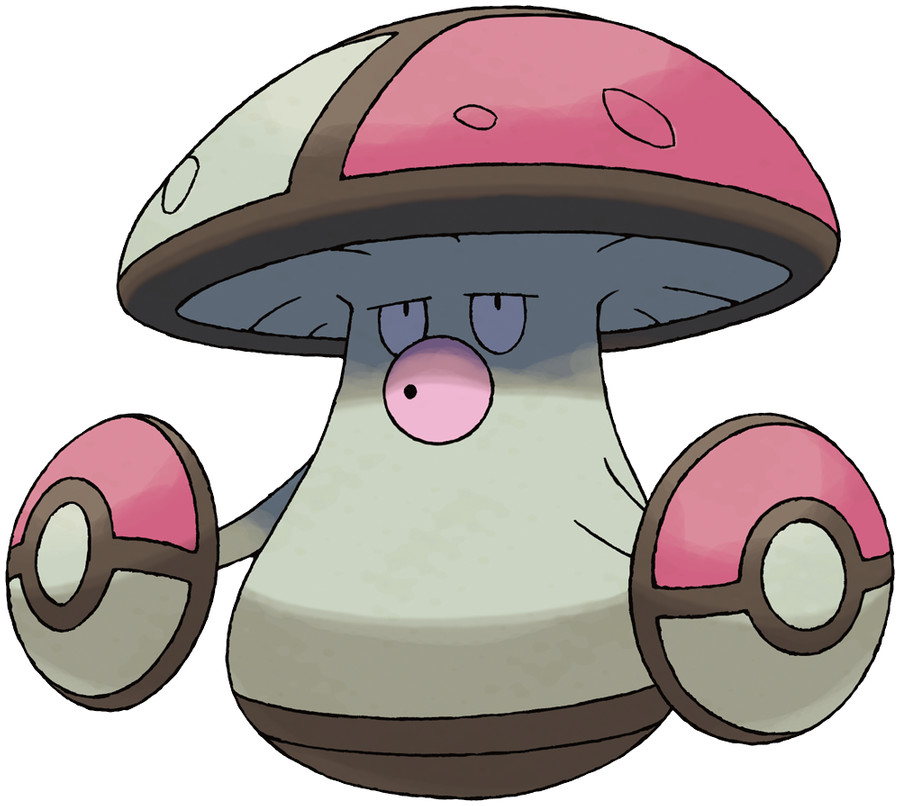 Amoonguss is a Grass & Poison Pokémon which evolves from Foongus. It is vulnerable to Flying, Fire, Psychic and Ice moves. Amoonguss's strongest moveset is Feint Attack & Grass Knot and it has a Max CP of 2,140.

"It lures prey close by dancing and waving its arm caps, which resemble Poké Balls, in a swaying motion."

Feint Attack has good neutral coverage, solid counter-coverage for Amoonguss against Psychic Types, and sports a nice 3 DPT (Damage Per Turn) and 3 EPT (Energy Per Turn), making it nicely rounded.

Amoonguss's main charged move is Grass Knot (90 Power/50 Energy) due to its decent power/energy cost, and good STAB coverage. The second move of choice is Foul Play (70 Power/45 Energy). While a bit weaker than Grass Knot, especially due to the lack of STAB, it is Amoonguss's cheapest move, and allows it to put large dents in the aforementioned Psychic Types. Just note that Amoonguss is generally eaten alive by Confusion users, so be careful when using its coverage!

Sludge Bomb (80 Power/50 Energy) is another STAB move that is definitely usable, but Amoonguss ends up similar to Venusaur with this move, which leaves it horribly outclassed.

Amoonguss is a bit of an odd Pokemon. It seems like it wants to fight its Psychic Type counters, though it really can't if they're packing Confusion. As a Grass/Poison Type in a sea of the same, its access to a fairly nice Dark Type attacking set is its only real niche, as it's outclassed by monsters such as Venusaur if it tries anything different. That said; Amoonguss can fill in some odd niches and score surprisingly hard hits against Psychic or Ghost Types that switch into it expecting an easy win.

Amoonguss can use its Dark Type moves to put a few dents into Giratina and a few of its counters, but they're very small dents.

Again: it can surprise a handful of threats with some Dark power, but it really isn't "good" by any stretch.