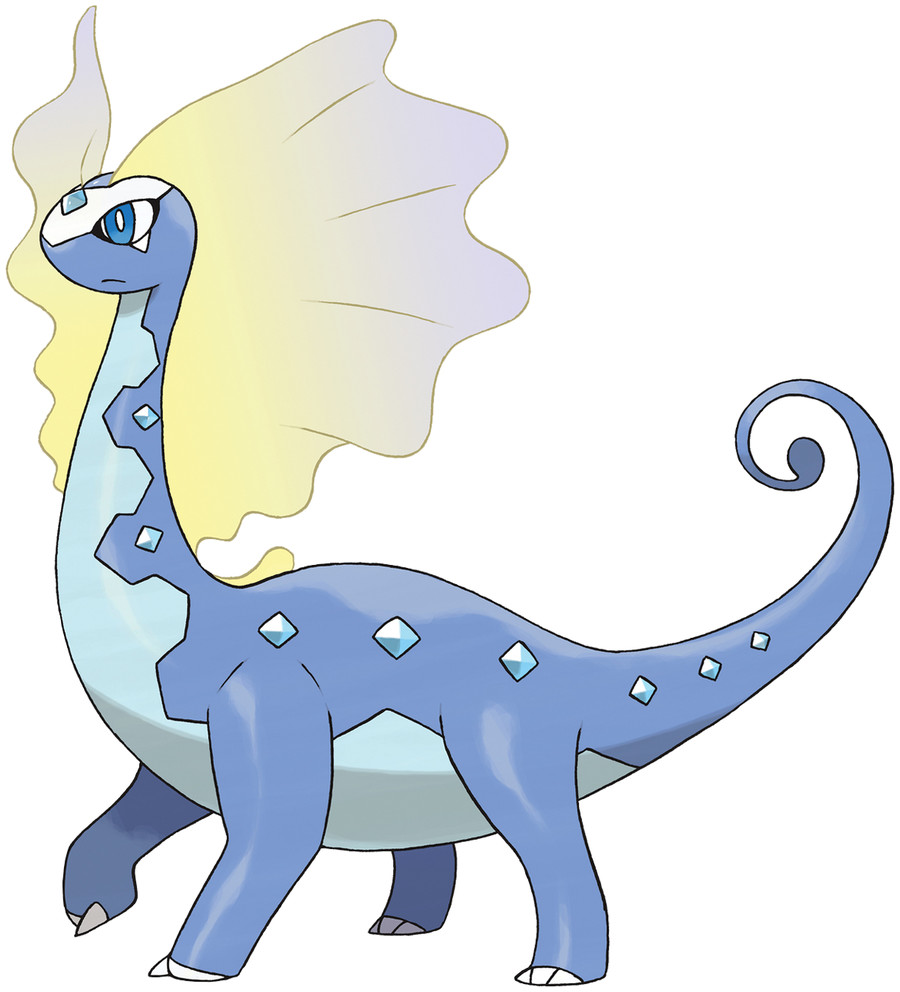 Aurorus is a Rock & Ice Pokémon which evolves from Amaura. It is vulnerable to Fighting, Steel, Ground, Rock, Water and Grass moves. Aurorus's strongest moveset is Rock Throw & Weather Ball and it has a Max CP of 2,802.

"The diamond-shaped crystals on its body expel air as cold as -240 degrees Fahrenheit, surrounding its enemies and encasing them in ice."

Aurorus gets access to the Ice-type variant of Weather Ball, which is cheap on energy and can be spammed frequently. Thunderbolt is recommended for its moderate energy demands compared to other available Charge Moves, and can be useful against common Water Pokemon. Ancient Power is a very inefficient Charge Move despite benefiting from STAB, and does not deal enough damage for its energy cost to be viable. Hyper Beam demands too much energy, while Blizzard is redundant and less consistent than Weather Ball.

Aurorus is an Ice/Rock Pokemon, which is unfortunately one of the worst typing combinations possible. Neither by themselves are considered defensively valuable typings, and combined are not very synergistic in covering each other's weaknesses. Despite boasting a decent STA stat and respectable bulk, Aurorus has next to no value in PvP due to its easily exploitable vulnerabilities. However, Ice typing is offensively valuable, giving Aurous a very specific niche if it can ever find a limited PvP format that bans most of its weaknesses.

For the same reasons mentioned for Great League, Aurorus is a risky Pokemon to consider for PvP. However, Aurous does have very fast access to valuable Ice-type Charge Moves, allowing it to pressure numerous opponents in this league. Opponents with slower damage pressure or are simply weak to Ice-type attacks can give Aurorus a chance in this format, but Walrein tends to be the better pick overall.

Aurorus would appreciate more stats for Master League. Despite its ability to spam Ice-type attacks often, Aurorus is mostly only useful against Dragon-types and Togekiss in this league, with notable losses against most other meta Pokemon. Shadow Machamp only needs 9 taps to KO Aurorus at level 40.