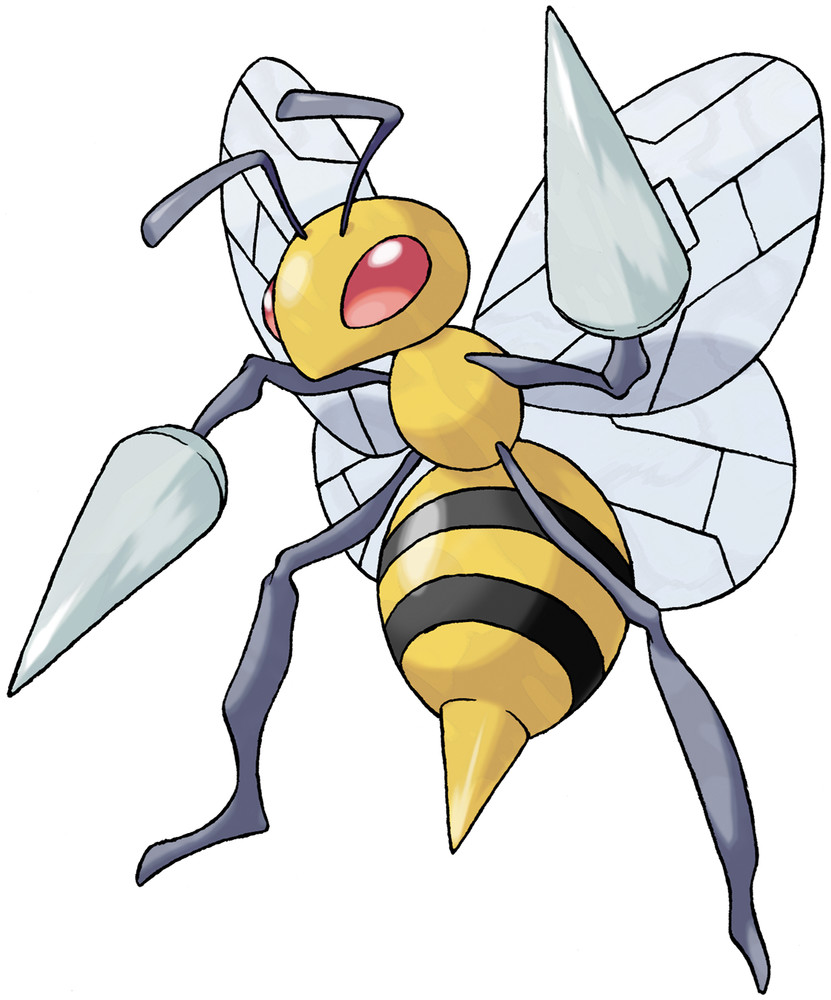 Beedrill is a Bug & Poison Pokémon which evolves from Kakuna. It is vulnerable to Flying, Rock, Fire and Psychic moves. Beedrill's strongest moveset is Poison Jab & Sludge Bomb and it has a Max CP of 1,846.

"Beedrill is extremely territorial. No one should ever approach its nest—this is for their own safety. If angered, they will attack in a furious swarm."

When looking at stats, Poison Jab is superior to legacy Bug Bite, though they're different typings and cover slightly different roles. Poison Jab has recently  become a stronger choice than it once was thanks to the presence of Charm users such as Wigglytuff and Clefable. Infestation has the highest gains by a very small margin, but lacks raw damage output.

X-Scissor and Sludge Bomb gain STAB with Beedrill and solidify its role as a Bug/Poison type. The former costs very little energy to use and can be spammed to bait shields, while the latter packs a harder punch with a higher 1.6 DPE rating. Aerial Ace is an inferior move that doesn't get STAB even if it would offer coverage against Fighting-type Pokemon. The addition of Fell Stinger following the Dec 11, 2019 rebalance is interesting for Beedrill, but isn't very impactful if it doesn't bait a shield due to its pitiful damage output. Beedrill's Community Day move, Drill Run, gives it the much needed coverage against Steel-types that it's STAB moves lack. It's also quite a powerful move, with 1.78 DPE.

Beedrill can now use Drill Run to score wins against Registeel, while remaining a threat to the things it's supposed to beat, like Fairy, Grass, and Fighting-types. In the meta at large, Poison-type attacks are largely resisted, making this slightly Attack-weighted Pokemon still feel somewhat out of place.

With a max CP of 1846 Beedrill is limited to Great League.

Playing Beedrill is asking to get squashed.