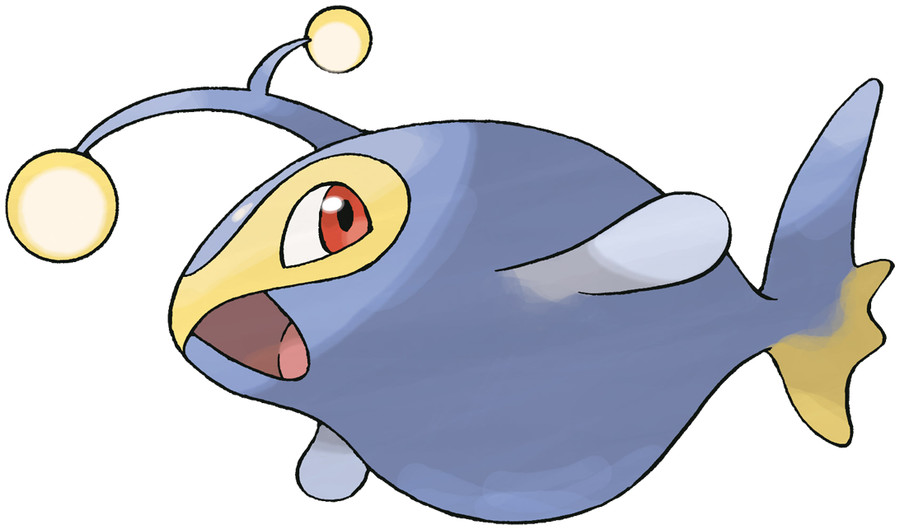 Lanturn is a Water & Electric Pokémon which evolves from Chinchou. It is vulnerable to Ground and Grass moves. Lanturn's strongest moveset is Spark & Surf and it has a Max CP of 2,085.

"Lanturn is nicknamed “the deep-sea star” for its illuminated antenna. This Pokémon produces light by causing a chemical reaction between bacteria and its bodily fluids inside the antenna."

Spark and Water Gun are both perfectly viable fast moves. Water Gun deals a little more damage in exchange for a little less energy generation, and of course is stronger in cases where you need Water-type coverage. Spark lets you reach those expensive Charged Moves a little quicker, while also boasting an advantage against other Water Pokemon.

The addition of Surf following the September 2022 update is a massive improvement for Lanturn, giving it much more speed in its moveset. Thunderbolt is a generally solid Electric-type attack, with a moderate energy cost. Thunder is largely worse than Thunderbolt, so you can skip out on this one. Hydro Pump is no longer considered due to its massive energy demands.

Lanturn features an interesting Water/Electric typing and good bulk. While generally speaking Electric-types are relatively fragile and offer high offensive capabilities, Lanturn features a slower style of play but utilizes its bulk to outlast its opponents. A moveset that offers both Water and Electric coverage makes Lanturn relatively unique and difficult to replace in its role. Wins over popular picks like Azumarill and Skarmory makes Lanturn a popular choice, especially in limited formats like Silph Arena cups.

Candy XL helps boost Lanturn to near the CP cap of Ultra League, though it still falls short. Nonetheless, a faster moveset with Surf allows Lanturn to perform surprisingly well against the overall meta, given its disadvantaged stats.

Lanturn has swam too far upstream, best turn back to the Great League.