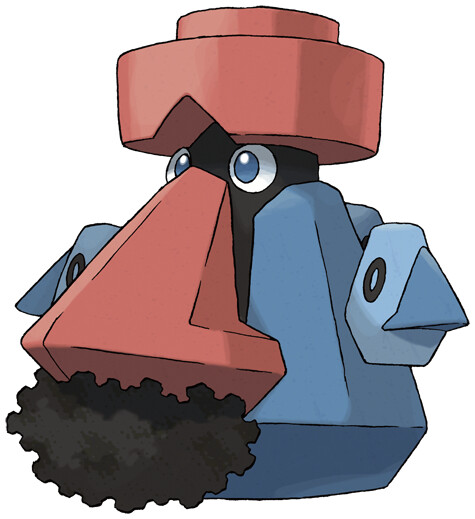 Probopass is a Rock & Steel Pokémon which evolves from Nosepass. It is vulnerable to Fighting, Ground and Water moves. Probopass's strongest moveset is Rock Throw & Rock Slide and it has a Max CP of 2,080.

Spark is useful for its fast energy generation, though its damage output is poor. Rock Throw sacrifices energy gains for much stronger STAB damage output, which can be useful for certain matchups.

Rock Slide ties for the least amount of energy, benefits from STAB, and provides wide coverage. Thunderbolt is useful for its coverage against common Water-types and neutral damage against most other Steel-types, though it's demands the most amount of energy and doesn't get STAB. Magnet Bomb is an alternative move that benefits from STAB, but Steel-type coverage isn't particularly valuable against the meta.

A tank almost on the level of Bastiodon with some absolutely fantastic move options, Probopass is a very useful Pokémon in Great League. With Spark, it functions as a bulkier and slower version of Melmetal (which costs half as much to buy a second charged move for). With Rock Throw, it performs a similar role to Bastiodon (just with different coverage options and cheaper charged moves). While it may not handle Fighting-types well, Probopass is a really powerful choice and a very valuable addition to any Great League team. Let the Compass Pokémon point you to victory!

The level 50 update improves the performance of Probopass in Ultra League, though its max CP isn't enough to reach the CP cap of Ultra League. Probopass enjoys its function as a Steel tank in this meta, walling various Pokemon in either open formats or specific formats like Premier Cup thanks to its respectable bulk and long list of resistances. Unfortunately Fighting-types and Water-types including Swampert are very common picks in this league, which can make it difficult for Probopass to perform consistently. The competition as a Steel tank against Galarian Stunfisk, Melmetal, and Bronzong is also quite disappointing and makes Probopass less appealing to use.