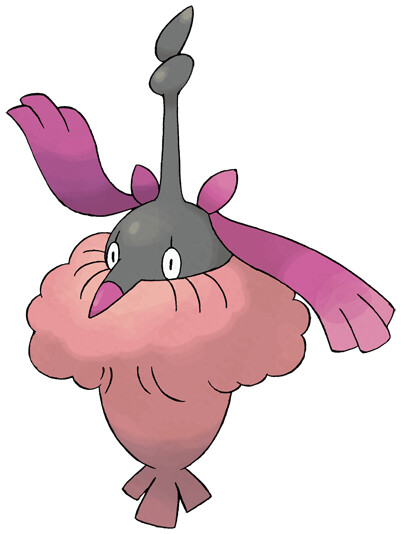 Wormadam (Trash) is a Bug & Steel Pokémon which evolves from Burmy. It is vulnerable to Fire moves. Wormadam's strongest moveset is Bug Bite & Bug Buzz and it has a Max CP of 1,593.

"When Burmy evolved, its cloak became a part of this Pokémon's body. The cloak is never shed."

Confusion gives Wormadam-T a unique moveset as a Bug/Steel Pokemon, though its slow animation time and lack of STAB are discouraging. Bug Bite benefits from STAB and sports the average 3.0 DPT (Damage Per Turn) and 3.0 EPT (Energy Per Turn), but makes Wormadam-T generally inferior to other Pokemon in the same role due to its slower moveset.

Iron Head costs the least amount of energy, takes advantage of STAB, and can provide relatively neutral coverage against many Pokemon. Bug Buzz is Wormadam's strongest charge move partly due to STAB, but 60 energy cost is not cheap by any means. Psybeam doesn't provide a lot of damage for its high 60 energy cost, and is somewhat redundant with Confusion movesets.

Wormadam-Trash sports a very defensive Bug/Steel typing and respectable bulk, which leaves it with only a single weakness to Fire-type attacks, though this is a double weakness. This makes Wormadam-T quite durable against most of the meta and generally a safe pick. Unfortunately expensive charge moves makes it relatively slow compared to other meta Pokemon, which is its biggest drawback.

With a max CP of 1593, Wormadam-Trash lacks adequate stats to compete outside of Great League.

Bugs don't really stand much of a chance against Dragons and Dinosaurs, especially with Wormadam's CP.