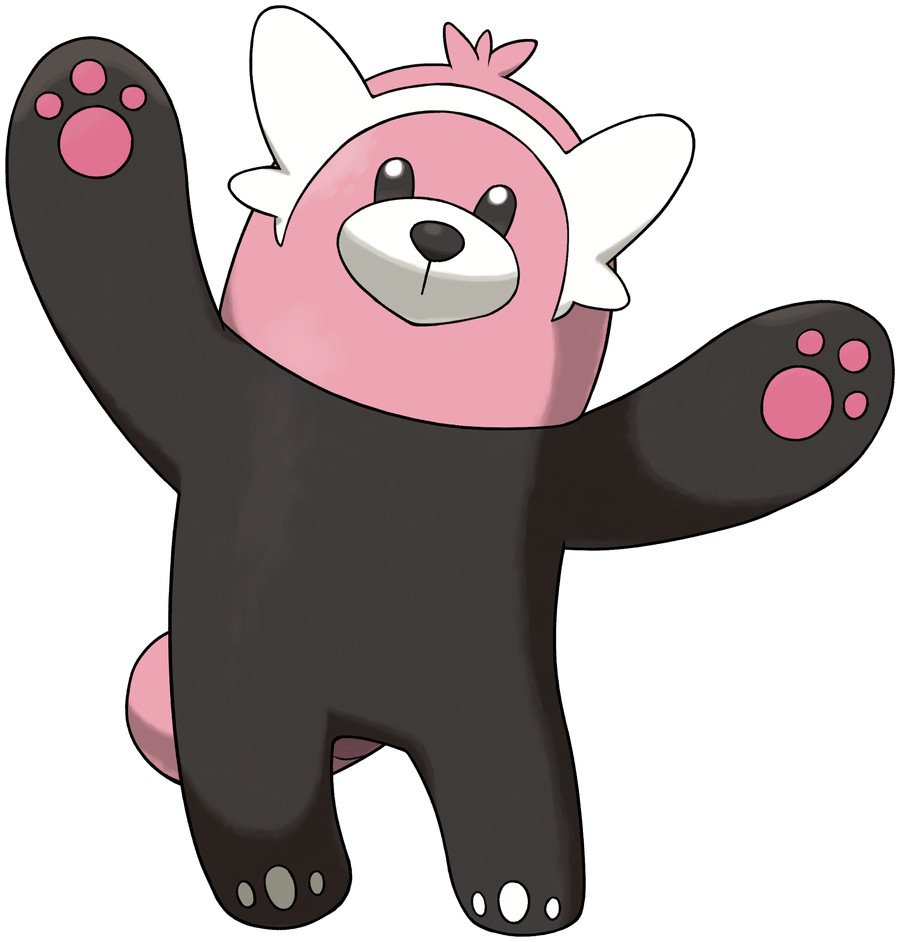 Bewear is a Normal & Fighting Pokémon which evolves from Stufful. It is vulnerable to Fighting, Flying, Psychic and Fairy moves. Bewear's strongest moveset is Low Kick & Superpower and it has a Max CP of 3,117.

"It boasts tremendous physical strength. Many people call it the most dangerous Pokémon in the Alola region."

Shadow Claw boasts significantly better stats overall than other Fast Move options available, with very good energy generation, and is largely unresisted against most Pokemon. Tackle gets STAB, but has terrible energy generation and can't be Super Effective against anything. Low Kick is one of the worst Fast Moves in the game, and STAB doesn't change that.

Superpower is the most efficient Charge Move in terms of Damage Per Energy (DPE), but the self-debuff applied to Bewear's ATK is not ideal. Stomp isn't exactly noted as an amazing Charge Move, but is chosen for its consistent STAB neutral damage, and more importantly its low energy cost. Payback lacks STAB and costs a lot of energy, but deals a large burst of damage if unshielded.

What about Drain Punch?

Drain Punch is a new Charge Move introduced with the Stufful Community Day, but unfortunately its pitiful damage output makes it highly undesirable to use. The idea of having a spammable Charge Move that ramps up defense is interesting, but the almost negligible damage output means Bewear will spend more time to deal enough damage to KO its opponent, and consequently will also take more damage as well, defeating the purpose. In other words, energy spent on the pathetic damage of Drain Punch could've been spent on other Charge Moves that deal significantly more damage instead. It is recommended to evolve at least one or two Bewear with Drain Punch in case Niantic decides to buff it in the future, but it's not an absolute deal-breaker to not have this move.

Bewear sports an interesting Normal/Fighting typing, but is rather frail with unimpressive bulk for Great League. Its typing and moveset enables Bewear to hard wall one of the most popular and widely considered "safe" Pokemon in this League, Sableye. Unfortunately its moveset overall is somewhat cumbersome, relying on an unimpressive Stomp to bait shields, or potentially being forced to use Superpower in situations where applying a self-debuff is not the optimal play. Payback's high energy cost offers damage threat to Psychic-type counters in addition to Shadow Claw, but its high energy cost makes it less consistent than other Charge Moves like Foul Play or Crunch. Overall Bewear is probably best suited for specific limited formats such as Silph Arena or GBL Cup themes, instead of open Great League, with its main role being its ability to wall Ghost-type Pokemon with its Normal typing and access to Shadow Claw.

Bewear performs somewhat unimpressively in Ultra League, requiring Payback to comfortably beat Giratina Altered, even if it doubly resists Shadow Claw. Its high offensive stats results in below-average bulk which isn't ideal, and other Pokemon in the meta can more comfortably fulfill its role of dealing with Ghost-type Pokemon. Aside from this, Normal typing doesn't particularly compliment Bewear's Fighting subtyping, and Bewear will struggle to deal with popular bulky Psychic-types. Being weak to Fighting-type damage is also a major disadvantage if Bewear has to fight other Pokemon in that particular role, like Machamp or Poliwrath. The fight against Galarian Stunfisk also gets awkward if Stomp is not available to bait shields due to Superpower's self-debuff. Ironically, that matchup is one of the few that favors Drain Punch.

The only format that can be considered here is Premier Classic, but Bewear falls behind other meta picks in terms of overall performance. Its moveset is less efficient than faster Pokemon like Swampert or Dragonite, and Bewear has to beware of Fighting and Fairy-types as well.