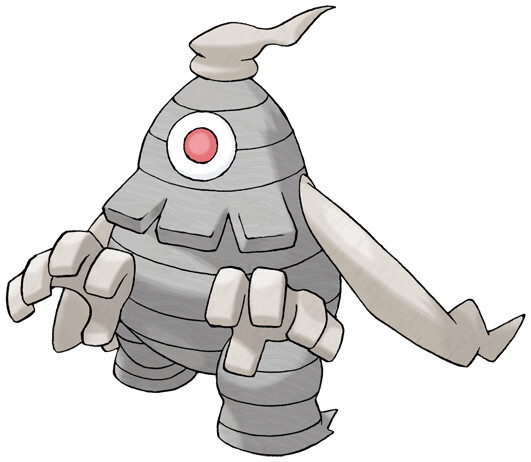 Dusclops is a Ghost Pokémon which evolves from Duskull. It is vulnerable to Ghost and Dark moves. Dusclops's strongest moveset is Hex & Return and it has a Max CP of 1,591. Dusclops evolves into Dusknoir.

"Dusclops's body is completely hollow—there is nothing at all inside. It is said that its body is like a black hole. This Pokémon will absorb anything into its body, but nothing will ever come back out."

Feint Attack (3.0 DPT, 3.0 EPT) and Hex (2.0 DPT, 3.67 EPT) perform very similarly; the former returning well-rounded numbers without STAB, while the latter gives up raw damage for more energy gains but does get STAB. Generally speaking, the energy gain from Hex is more useful if Dusclops would need coverage from Ice Punch or Fire Punch, otherwise Feint Attack tends to better. As an example, if Dusclops faces Tropius in Great League under a one-shield scenario, Dusclops would lose with Feint Attack but win with Hex due to an additional Ice Punch from Hex's greater energy gains.

Shadow Punch (1.14 DPE, 35 energy) is a very poor move from a stats perspective, but costs the least amount of energy and gets STAB, so it tends to get the most use. The choice between the two elemental punches is up to preference. They both cover 4 typings and have identical stats, but don't really help Dusclops deal with its own weaknesses.

Dusclops is a relatively bulky specialist against Psychic-types including Medicham. The biggest setback for Dusclops is its lack of a quality moveset, which severely prevents it from winning more matchups. If given access to Shadow Claw/Shadow Ball, Dusclops would actually be one of the top ranked candidates for Great League given its good bulk, but alas one can hope that Dusclops gets a rebalance to its move pool eventually. For now Dusclops is mostly used for niche wins against Psychic-types, and generally loses to the rest of the main meta picks.

With a max CP of 1591 Dusclops is confined to use in Great League only.