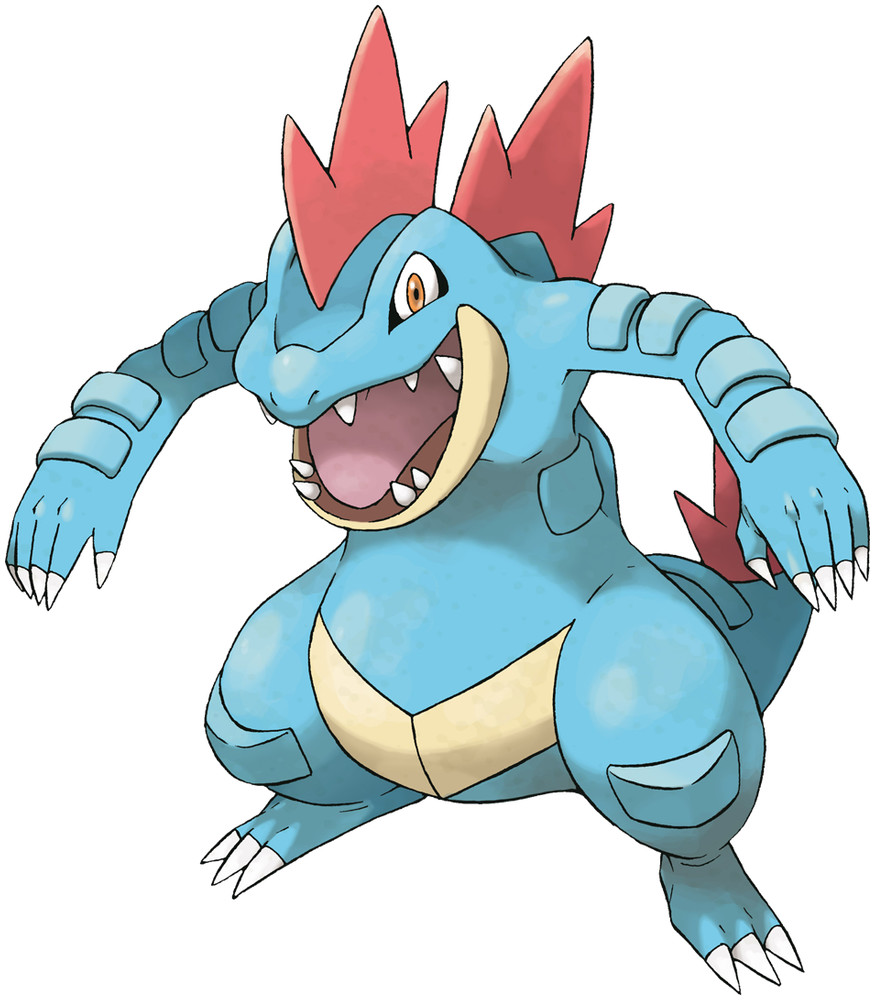 Feraligatr is a Water Pokémon. It is vulnerable to Grass and Electric moves. Feraligatr's strongest moveset is Water Gun & Hydro Cannon and it has a Max CP of 2,857.

"Feraligatr intimidates its foes by opening its huge mouth. In battle, it will kick the ground hard with its thick and powerful hind legs to charge at the foe at an incredible speed."

Waterfall is generally recommended for its powerful STAB damage, though its energy generation is below average. Ice Fang sports slightly worse energy gains, but can surprise opponents with its strong Ice-type damage, despite the lack of STAB. Water Gun is a legacy move that can now be obtained through Elite TMs, and trades damage output for greater energy generation, though its performance isn't very spectacular.

Feraligatr sports average bulk in this league, with its emphasis on consistent and powerful damage from its fast moves, and the highly valuable Hydro Cannon. Access to Ice Fang and Crunch adds interesting moveset options that help distinguish Feraligatr from its competitors, though without STAB it typically falls short of KOs against relevant targets. Overall Feraligatr can fulfill a Water-type role quite easily, but poor energy generation results in limited access to coverage options, which ultimately holds it back.

Feraligatr's strength in Ultra League gives it more viability due to wins against various popular Pokemon. While its Ice and Dark-type moves are insufficient at beating Giratina in an even fight, access to these coverage moves is still highly valuable in this league.

With a max CP of 2857, Feraligatr lacks sufficient stats for Master League.