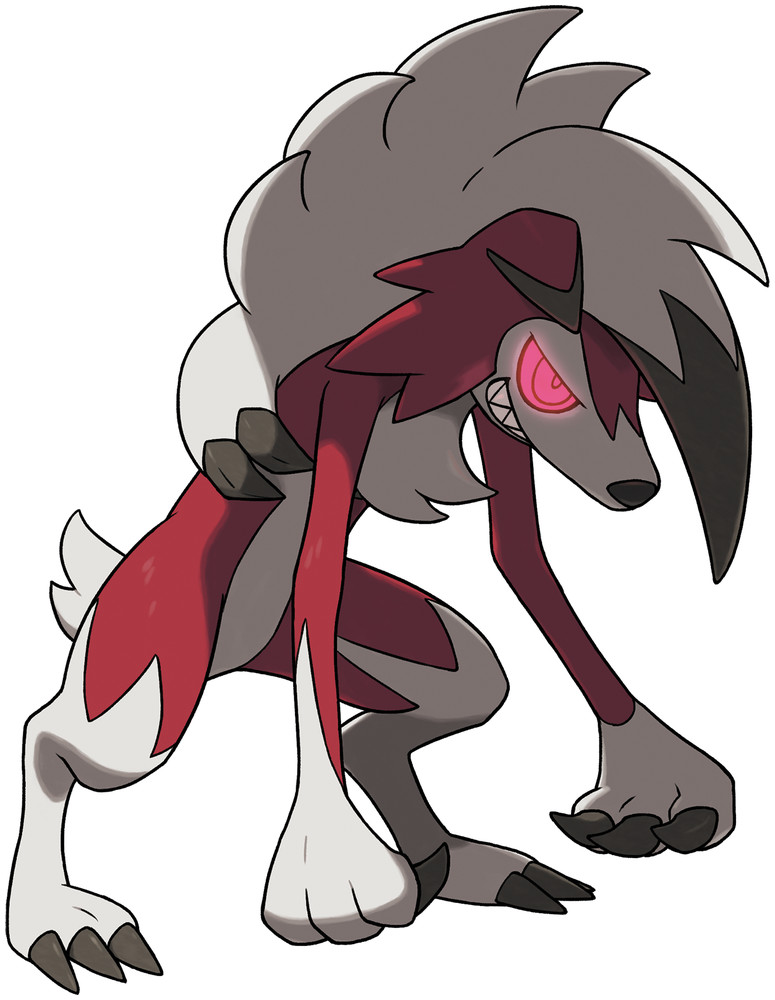 Lycanroc (Midnight) is a Rock Pokémon which evolves from Rockruff. It is vulnerable to Fighting, Ground, Steel, Water and Grass moves. Lycanroc's strongest moveset is Rock Throw & Stone Edge and it has a Max CP of 2,744.

"The rocks in its mane are sharper than a knife. Fragments that break off are treasured as good luck charms."

Counter is one of the best moves in the game, and despite lacking STAB, is recommended for its good stats and wide Fighting-type coverage. Rock Throw can be chosen for a niche use if Rock-type damage is needed, though its energy generation is slow.

Psychic Fangs is recommended for its cheap energy cost and guaranteed debuff utility, despite its poor damage output. Crunch is a stronger move that offers relatively neutral coverage, and has a small chance to also proc a debuff on the opponent. Stone Edge gets STAB to threaten significant damage, but its high energy cost makes it difficult to access.

Lycanroc shares similarities with Sudowoodo as a pure Rock-type with access to Counter. Unfortunately Lycanroc is also considered to be a niche Pokemon at best due to its poor fragility and non-STAB moveset. While Sudowoodo gets very strong coverage options, Lycanroc is mostly considered for its debuff utility spam and aggressive play style. Rock typing defensively is one of the worst types in the game, and Lycanroc is very vulnerable to common attacks.

Lycanroc could find a niche in Ultra League, but its vulnerable typing and fragility requires Lycanroc to often demand both shields to succeed in various matchups. Other Pokemon can perform better against the meta, and should be considered instead.

Since Rock-typing defensively does very little favors for Lycanroc, actual Fighting-types like Machamp and Conkeldurr should be considered instead.