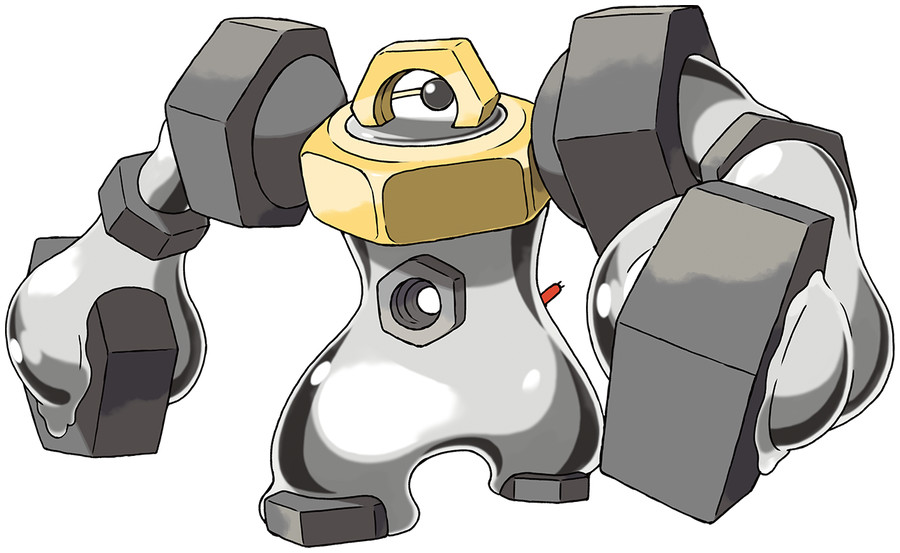 Melmetal is a mythical Steel Pokémon which evolves from Meltan. It is vulnerable to Fighting, Ground and Fire moves. Melmetal's strongest moveset is Thunder Shock & Hyper Beam and it has a Max CP of 3,599.

"Revered long ago for its capacity to create iron from nothing, for some reason it has come back to life after 3,000 years."

Thunder Shock is the one and only fast move available to Melmetal.

Rock Slide is Melmetal's primary move of choice. It's cheap, spammy, and has great offensive coverage. Pair that with Superpower, for a big hit against other Steel-types.

Melmetal held an incredibly strong niche early in PvP. However, with the release of more and more powerful Steel-types, it has fallen out of favor. Still, though, the combination of Rock Slide and Superpower gives it solid coverage against relevant meta Pokémon. Other Pokémon can just do Melmetal better in open format.

Melmetal is better in Ultra League than Great League. It's a powerful Steel-type, often functioning like Budget Registeel. However, unlike Registeel, Melmetal can hit Pokémon like Charizard and Gyarados for Super Effective damage with Rock Slide.

Melmetal's Steel-typing and solid bulk allows it to be a stalwart backbone to many teams in the Master League. It primarily functions as an answer to Dialga, Lugia, and Togekiss. Melmetal is also no slouch offensively, having slightly higher ATK than Togekiss and Giratina-O, alongside extremely spammy charge moves that have great coverage combined. Although Melmetal may not exactly win some of these matchups, it can threaten Ho-Oh, Yveltal, Excadrill, Snorlax, and Zarude super effectively, allowing it to function as a check when combined with its spamminess. Melmetal's excellent bulk and numerous resistances grants it a lot of freedom when it comes to overcharging, and can easily store charge moves while switching out to search for better targets to unleash them on.

Melmetal's primary counters are Ground-types like Groudon and both formes of Landorus. It also struggles heavily against Giratina-O, who simply deals much more damage to it thanks to Shadow Claw and Shadow Ball being very powerful moves. Zacian is also a major threat as it threatens both Melmetal and the Dragon- or Dark-type Pokemon that Melmetal likes to partner with.