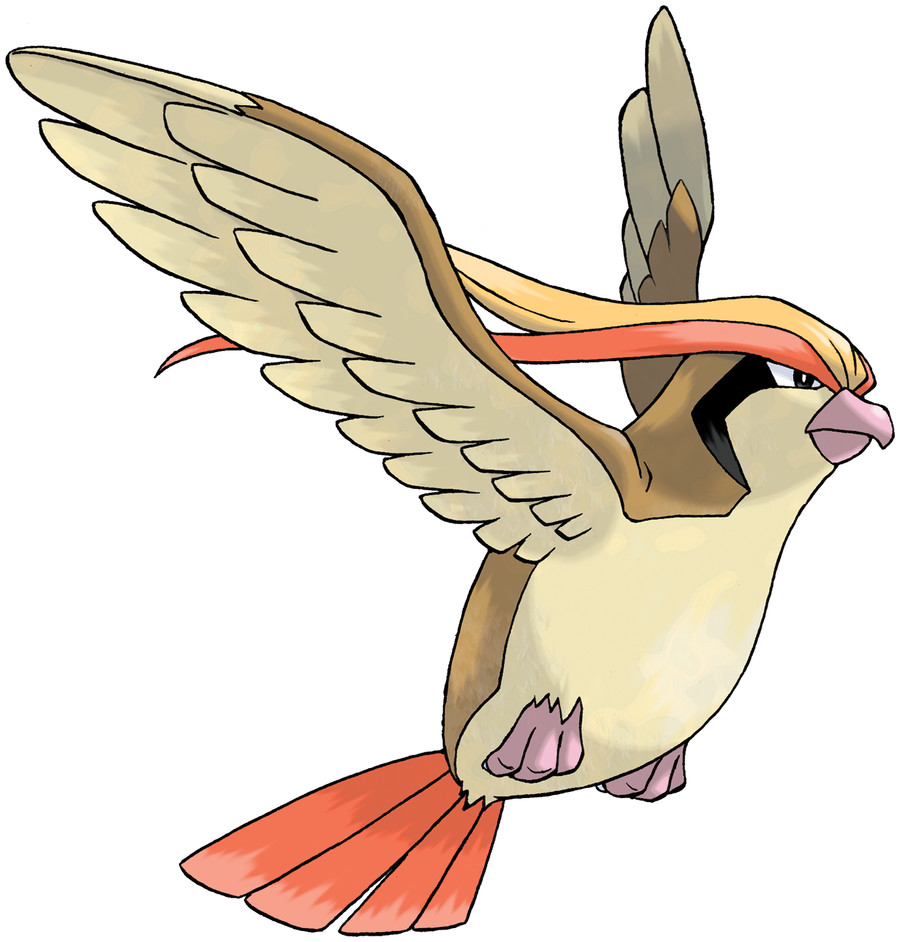 Pidgeot is a Normal & Flying Pokémon which evolves from Pidgeotto. It is vulnerable to Rock, Electric and Ice moves. Pidgeot's strongest moveset is Gust & Brave Bird and it has a Max CP of 2,129.

"This Pokémon has a dazzling plumage of beautifully glossy feathers. Many Trainers are captivated by the striking beauty of the feathers on its head, compelling them to choose Pidgeot as their Pokémon."

Gust is the most ideal for Pidgeot, sporting the strongest damage output while still returning respectable energy gains. Wing Attack is generally inferior, but offers slightly superior energy generation, resulting in quicker access to charge moves. Air Slash is weaker to Gust, and should only be chosen if you lack Elite TMs.

Brave Bird is the most efficient and powerful charge move available, though it's also risky with its significant self-debuff. Hurricane costs the most energy and is not worth the cost, while Air Cutter is just a horrible move overall. Feather Dance has pathetic damage output, its debuff utility makes it considerably more worthwhile compared to Aerial Ace, which is just a poor move overall.

The update with Feather Dance is a significant improvement for Pidgeot, ensuring a guaranteed -2 ATK debuff per use. The strong damage output of Gust combined with a significant ATK debuff on the opponent enables Pidgeot to win a very surprising amount of matchups that aren't heavily skewed by typing advantages/disadvantages. If you don't have a Pidgeot with Gust, this might be the most value you can get for an Elite Fast TM.

Feather Dance's powerful and consistent utility is what carries Pidgeot to the top of the meta, in both open UL and Premier formats. With access to XL candy, Pidgeot can reach 2436 CP with Best Buddy effects, making this Pokemon somewhat costly for Ultra League, but not totally inaccessible due to Pidgeot requiring only 1km to walk per candy reward. Likewise in Great League, Pidgeot does well against many Pokemon, but typing matchups will largely determine which ones to fight and which ones to switch from.

Ever hear of killing two birds with one stone? Well, you can faint 3 Pidgeot in the Master League using 1 of just about anything viable in the tier.