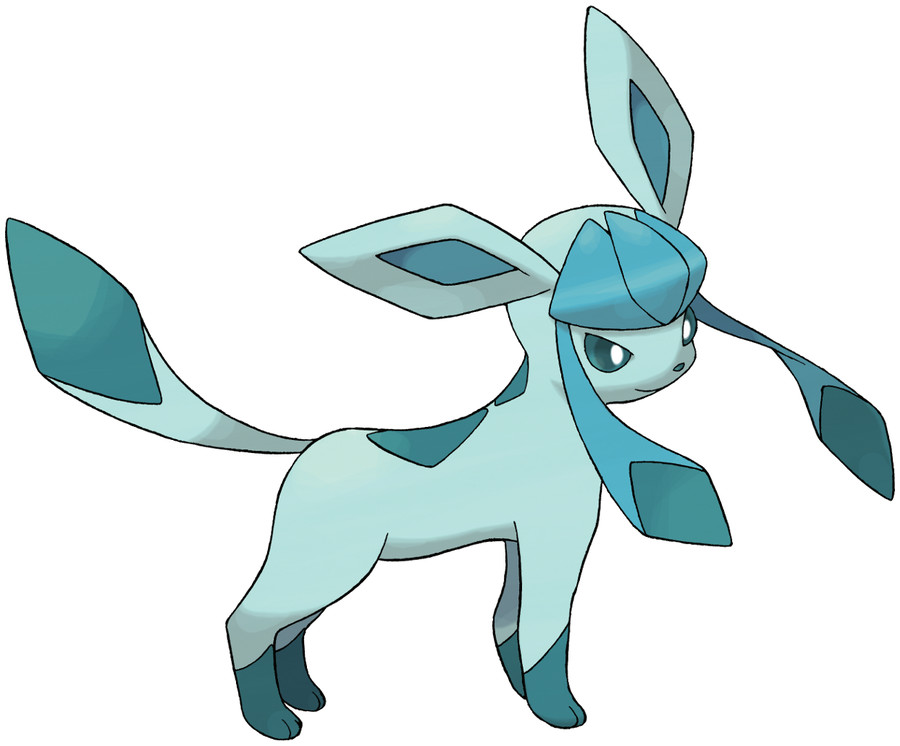 Glaceon is an Ice Pokémon which evolves from Eevee. It is vulnerable to Fighting, Rock, Steel and Fire moves. Glaceon's strongest moveset is Frost Breath & Avalanche and it has a Max CP of 3,126.

"It can instantaneously freeze any moisture that's around it, creating ice pellets to shoot at its prey."

Glaceon has similar issues to Leafeon, which is the lack of adequate coverage among its movesets. Ice Shard deals slightly less damage than Frost Breath, but returns more energy.

Icy Wind is recommended for its debuff utility on the opponent, in addition to its lesser energy cost and STAB damage. Avalanche can be chosen for much stronger damage, but doesn't provide any extra coverage. Last Resort and Water Pulse can only be obtained from Community Day events or Elite TMs, but are somewhat poor moves for coverage. The latter is more favorable due to its coverage against Fire and Rock Pokemon, as well as not being resisted by common Steel Pokemon. Ice Beam falls behind other moves in terms of performance.

Glaceon is rather underwhelming in Great League, which is rather unfortunate. A stat distribution focusing on offense results in poor bulk, and a mono-Ice typing offers no significant resistances at all. The amount of abuse that Glaceon suffers from, in addition to no significant extra coverage (Last Resort is not the most impressive move), makes it difficult to justify its use.

A higher CP cap in Ultra League gives Glaceon more room to utilize its large ATK stat, which is especially important in Ultra League as more Dragon-type contestants are common. Wins against Dialga, and Lugia are good, but Glaceon doesn't have enough enough to deal with Giratina when shields are in play. Due to a lack of bulk and a vulnerable mono-Ice typing, Glaceon still sees more losses than wins against common meta picks, which might be a signal to leave Glaceon out.

Master League is dominated by Pokemon with legendary stats and titles, but unfortunately Glaceon isn't one of them. While it does have an easy time beating Groudon, the rest of its wins against popular meta picks are mostly narrow wins, with a longer list of losses in comparison. Generally speaking Premier Cup suits Glaceon better, though its struggles against popular Pokemon like Machamp and Metagross should be noted. Perhaps let Glaceon beat Dragon-types in raids instead.