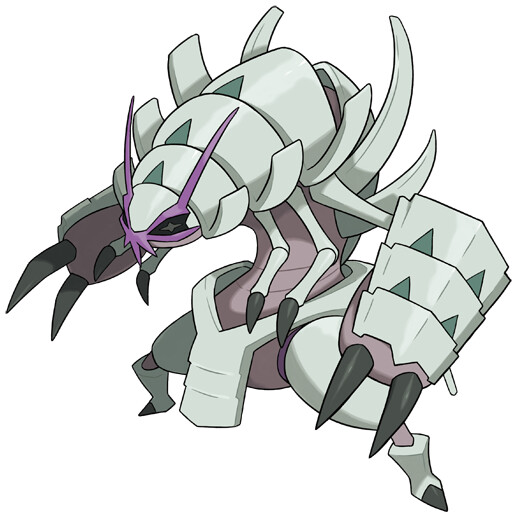 Golisopod is a Bug & Water Pokémon which evolves from Wimpod. It is vulnerable to Flying, Rock and Electric moves. Golisopod's strongest moveset is Waterfall & X-Scissor and it has a Max CP of 3,162.

"Its claws, which it can extend and retract at will, are its greatest weapons. Golisopod is sometimes accompanied by Wimpod."

Fury Cutter is generally recommended for its faster energy generation, letting Golisiopod access its Charge Moves sooner. Shadow Claw in a nutshell does the same thing, being largely neutral against most opponents. Waterfall is another option if more Water-type damage is preferred, offering stronger STAB damage while sacrificing energy gains. Metal Claw has poor stats and its coverage is not very valuable.

X-Scissor can be spammed frequently with its low energy cost, and benefits from STAB to deal respectable damage. Both Aerial Ace and Aqua Jet have poor stats, dealing unimpressive damage for moderate energy cost. Either option can be chosen depending on the preferred typing coverage.

Golisopod shares the same Bug/Water typing with Masquerain, and unfortunately the same fate due to its poor moveset. Bug typing is not highly valuable, and unlike Masquerain, Golisopod has no debuffing utility. It's not bulky either compared to Araquanid, which gives little reason to prefer Golisopod over other options.

Golisopod's performance in Ultra League is similar to its Great League results, which isn't much. Its resistances and access to Aerial Ace gives it a major advantage against Fighting-type Pokemon, but this is a very niche reason to pick Golisopod.

It is not recommended to send a bug to fight a dragon, but Golisopod's resistance to Garchomp's Ground-type moves, as well as various Ice-type Pokemon in this league could make it a meme pick.