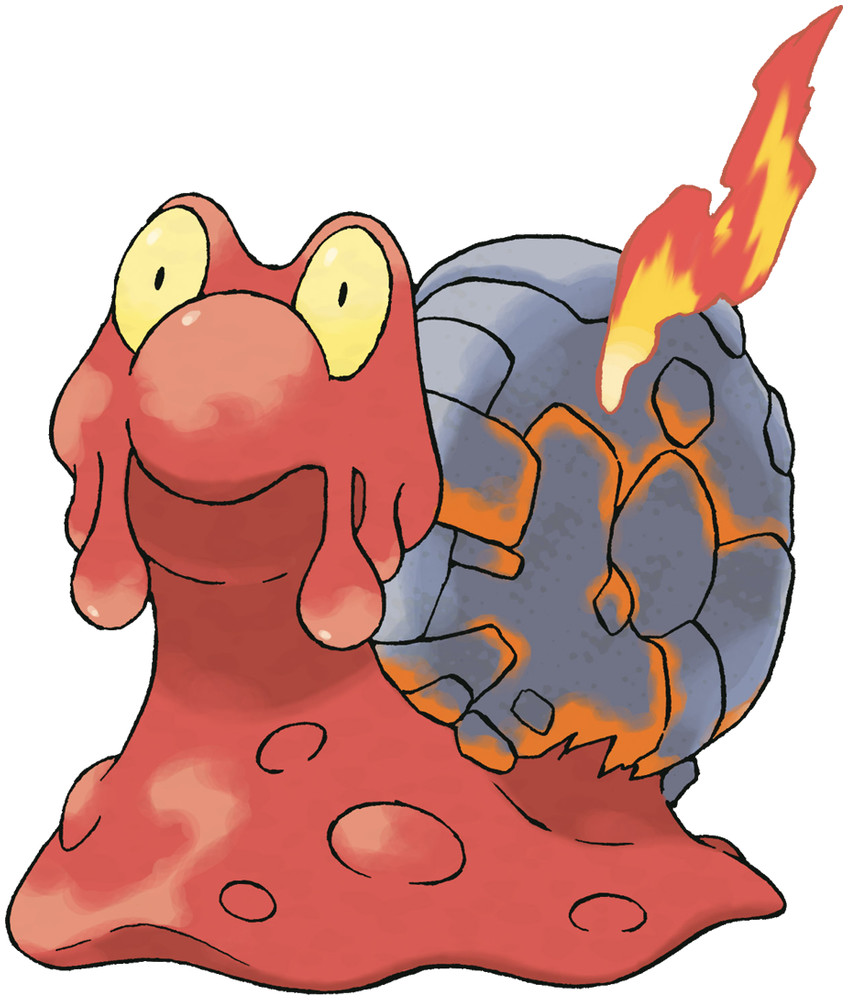 Magcargo is a Fire & Rock Pokémon which evolves from Slugma. It is vulnerable to Ground, Water, Fighting and Rock moves. Magcargo's strongest moveset is Incinerate & Overheat and it has a Max CP of 1,702.

"Magcargo's shell is actually its skin that hardened as a result of cooling. Its shell is very brittle and fragile—just touching it causes it to crumble apart. This Pokémon returns to its original size by dipping itself in magma."

The addition of Incinerate following the GBL Season 10 update is an improvement for Magcargo, improving its energy generation and allowing faster access to its powerful Charge Moves. Ember is generally considered an inferior option due to its lesser energy gains, though its faster animation makes it easier to use and it sports slightly more damage output. Rock Throw can be chosen for Rock-type coverage instead, though this is more niche.

Stone Edge and Overheat tie for the same energy cost, and both threaten significant damage with STAB if unshielded. Unfortunately their energy costs are moderately high, resulting in poor shield pressure, but at least they're better than Heat Wave. Rock Tomb's inferior damage output and slightly greater energy costs are discouraging, but since the energy difference isn't much, the potential to bait shields while applying its debuff could prove useful in niche situations.

Magcargo is a difficult Pokemon to use for PvP in general. A total of 7 resistances doesn't necessarily make up for its two double weaknesses to Water and Ground-types, which are quite common in the meta. If Magcargo is able to avoid its four weaknesses, then its decent bulk and considerable fast move damage output allows it to be serviceable when shields are down. A moveset that's very energy-demanding combined low energy generation means Magcargo is incapable of applying significant shield pressure. Interestingly enough, Slugma would have a more preferable moveset for PvP due to less energy cost. Overall a somewhat disappointing contender that has to rely on closed settings like the TSR Rainbow Cup or GBL Love Cup to limit the number of foes that can abuse its weaknesses.

Magcargo lacks sufficient stats to compete outside of the Great League.