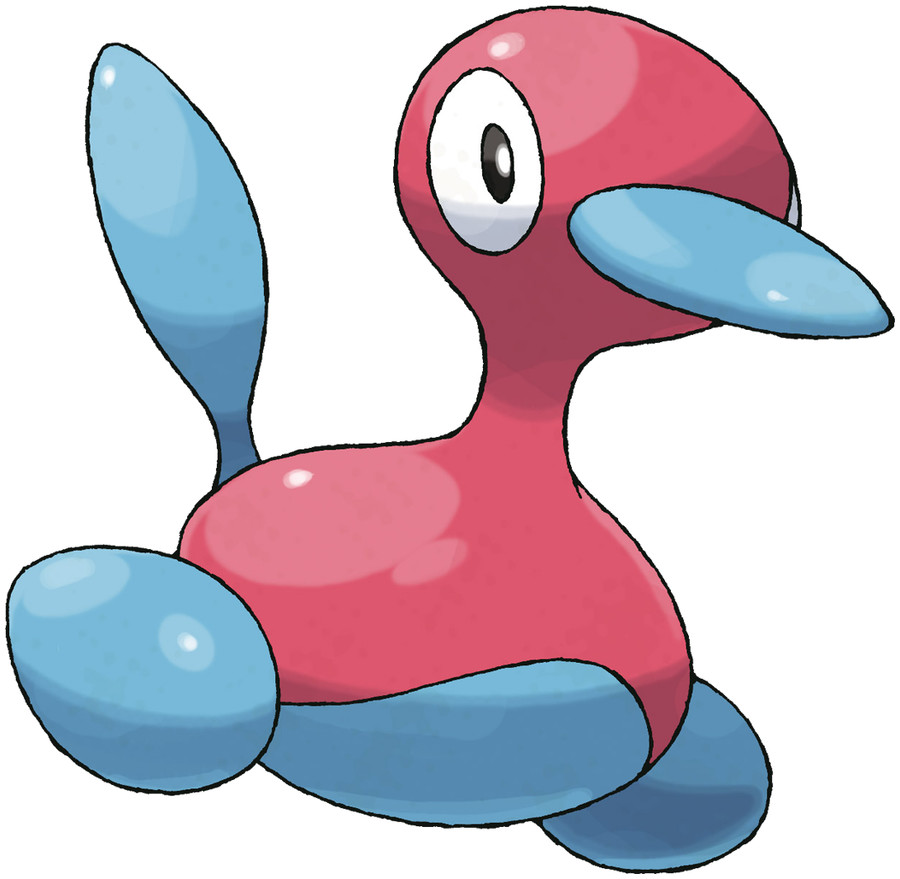 Porygon2 is a Normal Pokémon which evolves from Porygon. It is vulnerable to Fighting moves. Porygon2's strongest moveset is Lock-On & Hyper Beam and it has a Max CP of 2,711. Porygon2 evolves into Porygon-Z.

"Porygon2 was created by humans using the power of science. The man-made Pokémon has been endowed with artificial intelligence that enables it to learn new gestures and emotions on its own."

Lock-On is the only fast move recommended due to its superior energy generation, which is needed for Porygon2's expensive Charge Moves.

Tri-Attack isn't particularly strong, but is recommended for its cheaper energy cost and debuff utility against the opponent. The rest of Porygon2's charge moves all demand tremendous amounts of energy to use, and any of them can be viable depending on coverage needed. Zap Cannon and Solar Beam provide powerful Electric and Grass coverage, respectively. Return shares almost identical Damage Per Energy with Hyper Beam, but costs 10 less energy to access, and can surprise opponents with significant burst damage.

Porygon2 sports superior bulk compared to its evolution, and almost identical bulk compared to its pre-evolution in Great League due to the nature of the CP cap. Porygon2's bulk is average at best, and its moveset is rather unusual and resembles that of Registeel. While Porygon2 doesn't enjoy the long list of resistances that Registeel does, its access to a cheaper Tri-Attack enables Porygon2 to benefit from a bait-and-nuke style of play in 1-shield scenarios. Notable wins may be surprising, and may possibly include Mandibuzz, Umbreon, Shiftry, Swampert, Tropius, and Umbreon, among others. Unfortunately, Porygon2's moveset is very inefficient, with very poor fast move damage output often leading to overkill damage from its charge moves, and inconsistencies when shields are in play.

As a Normal-type, Porygon2 enjoys resistances against popular Ghost-types in this league, but that's mostly the only niche it has going for it. Due to the nature of its Lock-On movesets, Porygon2 would prefer to play in the later parts of the fight when shields are more likely to be used. Overall Porygon2 doesn't provide any real use in Ultra League; Giratina resists all of its moves and easily wins with Dragon Claw spam, which defeats one of the few niches that Porygon2 has. In specific formats like Premier Cup, Drifblim is only threatened by Zap Cannon, but not utilizing Return gives up valuable burst damage needed for other neutral matchups.

Porygon2 lacks stats for Master League; at the least have a look at Porygon-Z.