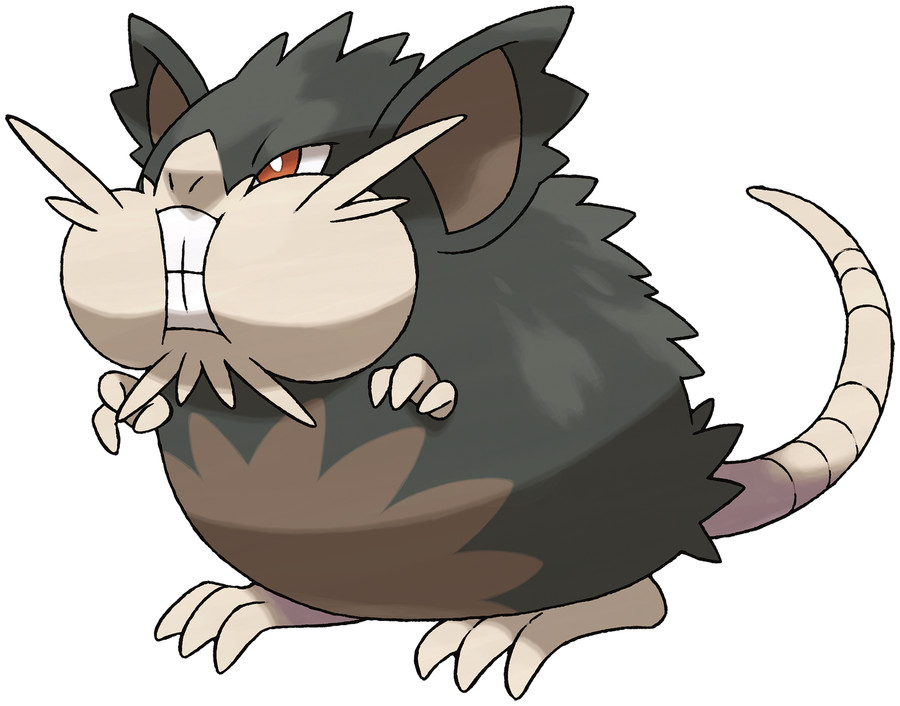 Raticate (Alola Form) is a Dark & Normal Pokémon which evolves from Rattata. It is vulnerable to Fighting, Bug and Fairy moves. Raticate's strongest moveset is Quick Attack & Hyper Beam and it has a Max CP of 1,705.

"Raticate's sturdy fangs grow steadily. To keep them ground down, it gnaws on rocks and logs. It may even chew on the walls of houses."

Alolan Raticate's fast moves are almost polar opposites of each other. Bite is known for its high 4.0 DPT (Damage Per Turn) and pitiful 2.0 EPT (Energy Per Turn), while Quick Attack leans much more on its above average 3.5 EPT and less on its damage of 2.5 DPT. The faster energy from Quick Attack is more appreciated when Alolan Raticate is looking to pressure with Crunch, but Bite makes the fat rat a hard counter against anything weak to Dark.

Crunch is Alolan Raticate's fastest charge move and only Dark-type charge move, which makes it an almost must have. The choice between Hyper Fang or Hyper Beam is up to preference. Hyper Fang costs only 50 energy (5 more than Crunch) and can pressure with neutral damage, while Hyper Beam threatens a one hit KO against most opponents if unshielded. Just be vary of Alolan Raticate's weaknesses though, as it's unlikely that the fat rat will nuke an opponent before fainting.

Alolan Raticate is a more of a specialist Pokemon in Great League, with a good stat spread and and a typing that hard counters Psychic and Ghost Pokemon. Normal typing allows Alolan Raticate to still fight back with neutral damage when its opponent would resist its Dark-type attacks, but also ensures its demise against "Counter" picks. It should be noted that this fat rat can pick up wins versus popular picks such as Lugia, Cresselia, and Sableye, which would help give it a higher rating if it didn't just flat out faint in the face of any of its weaknesses.

With a maximum CP of only 1705, Alolan Raticate is mostly limited to the Great League.