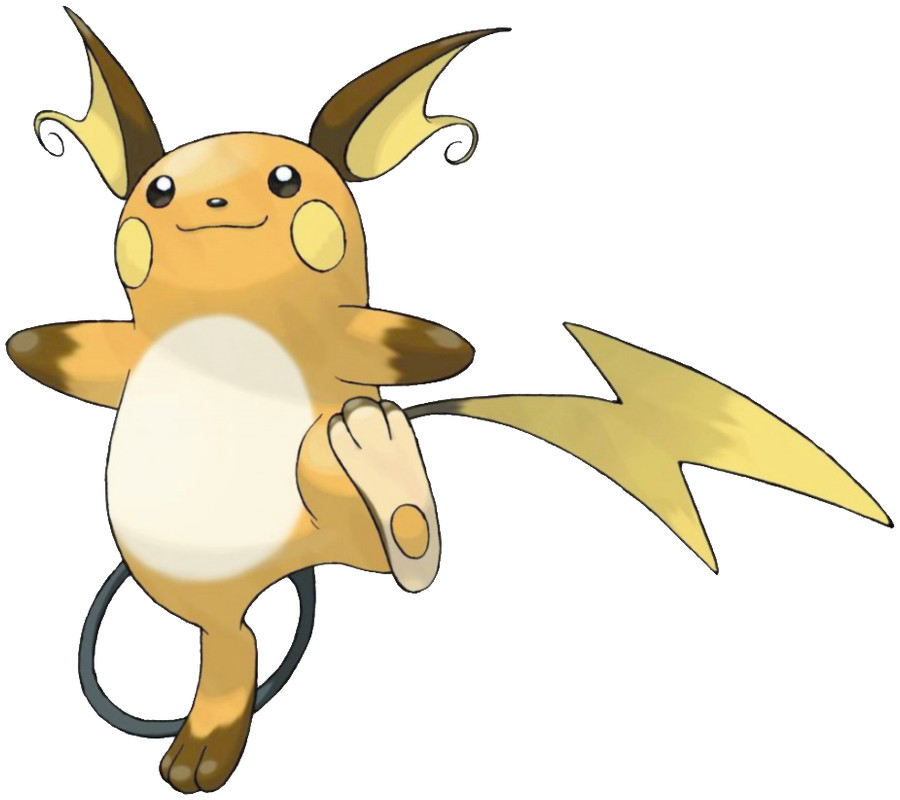 Raichu is an Electric Pokémon. It is vulnerable to Ground moves. Raichu's strongest moveset is Volt Switch & Wild Charge and it has a Max CP of 2,182.

"If the electrical sacs become excessively charged, Raichu plants its tail in the ground and discharges. Scorched patches of ground will be found near this Pokémon's nest."

The legacy Thunder Shock is generally superior to Spark due to greater energy generation, which lets Raichu access its powerful charge moves sooner. The latter can still be used, though it's not as ideal. Charm doesn't fit Raichu's role, though it can catch opponents off guard.

Wild Charge is the primary charge move for Raichu, threatening huge damage against many opponents if unshielded. Brick Break offers some coverage against some counter-picks and common Steel-types, though from a stats perspective it's one of the worst charge moves in the game. Thunder Punch can also be a viable option, though you lose some coverage.

Raichu’s got a pretty high attack stat compared to its defenses, and that’s not a good thing. This glass cannon is gonna cost you some shields if it’s gonna accomplish anything, and even what it can accomplish isn’t much. If you want a Pokémon to fire off Electric-type attacks, use Melmetal, Lanturn, or (Legacy) Discharge Magneton.

Maxing out at 2182 CP, Raichu doesn’t perform that well in Ultra. Look elsewhere.

Raichu is far too weak to compete here.