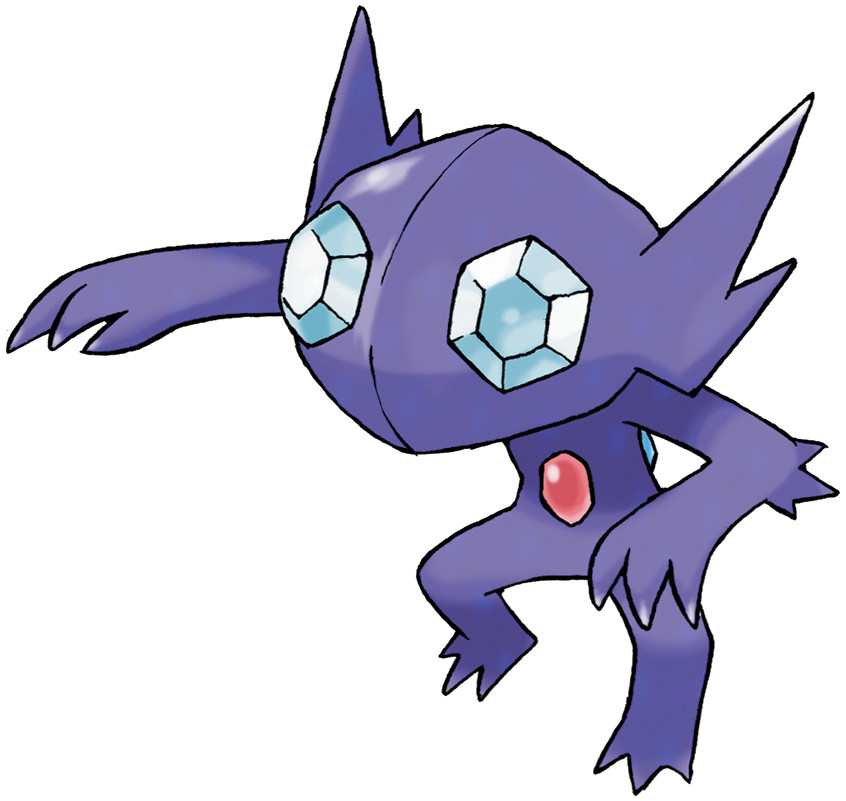 Sableye is a Dark & Ghost Pokémon. It is vulnerable to Fairy moves. Sableye's strongest moveset is Shadow Claw & Foul Play and it has a Max CP of 1,476.

"Sableye lead quiet lives deep inside caverns. They are feared, however, because these Pokémon are thought to steal the spirits of people when their eyes burn with a sinister glow in the darkness."

Shadow Claw is much better than Feint Attack. It deals the same damage and has significantly better energy generation. Additionally, Ghost has much better coverage than Dark does.

Foul Play is Sableye's best charged move. It's cheap, spammy, and has solid coverage. Return is only available on Purified Sableye, but it can be incredibly helpful. Notably, it actually lets Sableye have a potentially winning matchup against Azumarill! In other matchups, it can just be nice to have that high-damage nuke, or just to deal meaningful damage to Dark-types.

Power Gem and Shadow Sneak are, frankly, awful moves. However, if Return isn't an option, both have niches depending on what you're trying to hit. Power Gem can sneak out extra wins against Flying-types. Shadow Sneak lets you get a bit of chip in against Fighting-types that would otherwise resist Power Gem and Foul Play.

Sableye is an incredibly strong Pokémon in Great League. Its fantastic typing leaves it only weak to Fairy-type damage, and its strong, spammy moveset lets it damage a significant portion of the metagame. Note that Purified Sableye ends up being a lot better than other variants due to Return's utility, so if you can only max one, try to go for one of those.

Sableye takes hard losses outside of Great League due to barely maxing above 1500 even at Level 50.

This ain't your place to shine, even if you have the shiny.