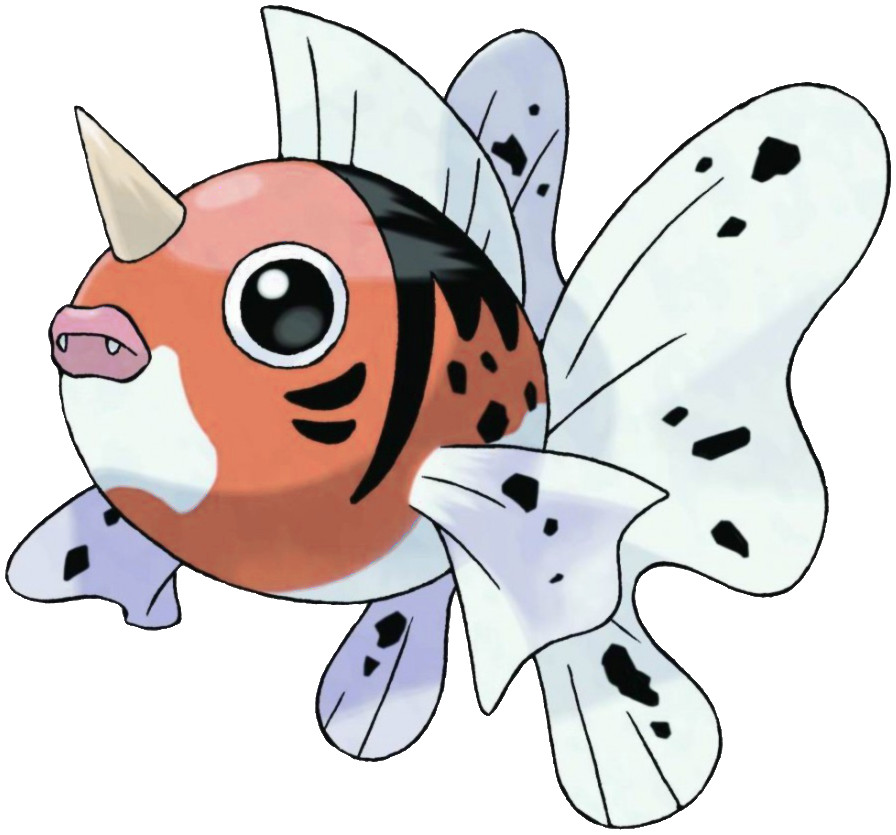 Seaking is a Water Pokémon which evolves from Goldeen. It is vulnerable to Grass and Electric moves. Seaking's strongest moveset is Waterfall & Megahorn and it has a Max CP of 2,162.

"In the autumn, Seaking males can be seen performing courtship dances in riverbeds to woo females. During this season, this Pokémon's body coloration is at its most beautiful."

Seaking's optimal moveset requires legacy moves (now accessible via Elite TMs). It is not recommended to use Seaking without this moveset, even when considering the cost effectiveness of Elite TMs (meaning there's better Pokemon to use Elite TMs on).

Icy Wind isn't particularly strong, but threatens Grass-type counters, and the guaranteed debuff against the opponent can become oppressive over time. Ice Beam and Megahorn are stronger, but both demand more energy and don't provide any debuff value when shielded. Drill Run is Seaking's best charge move due to its lesser energy cost, despite the lack of STAB, and provides valuable coverage. Water Pulse is the ironically the least impressive charge move available, requiring the most amount of energy, but falling behind in Damage Per Energy (even with STAB).

Seaking became a meme after Elite TMs were introduced, as it gained access to former legacy moves that improves its performance. Poison Jab is particularly useful against the ubiquitous Azumarill, in addition to its greater energy gains. Icy Wind is a valuable and oppressive charge move, applying a debuff even when shielded. Meanwhile Drill Run's Ground-type coverage is highly desired against not only Electric-type counters, but also against common Steel-types. However as a mono-Water type, Seaking struggles to stand out among other Water Pokemon, many of which have superior damage output (Seaking lacks stronger STAB movesets), faster energy generation, or greater bulk. Overall Seaking is mostly an anti-meta meme, with wins against very specific Pokemon, and numerous losses against the overall meta.

....yeah, it doesn't do very well here either. Might we recommend Blastoise, Swampert, or Kingdra?

Swampert, Gyarados, or Kyogre would do the same job way better here. Go raise one of those instead.