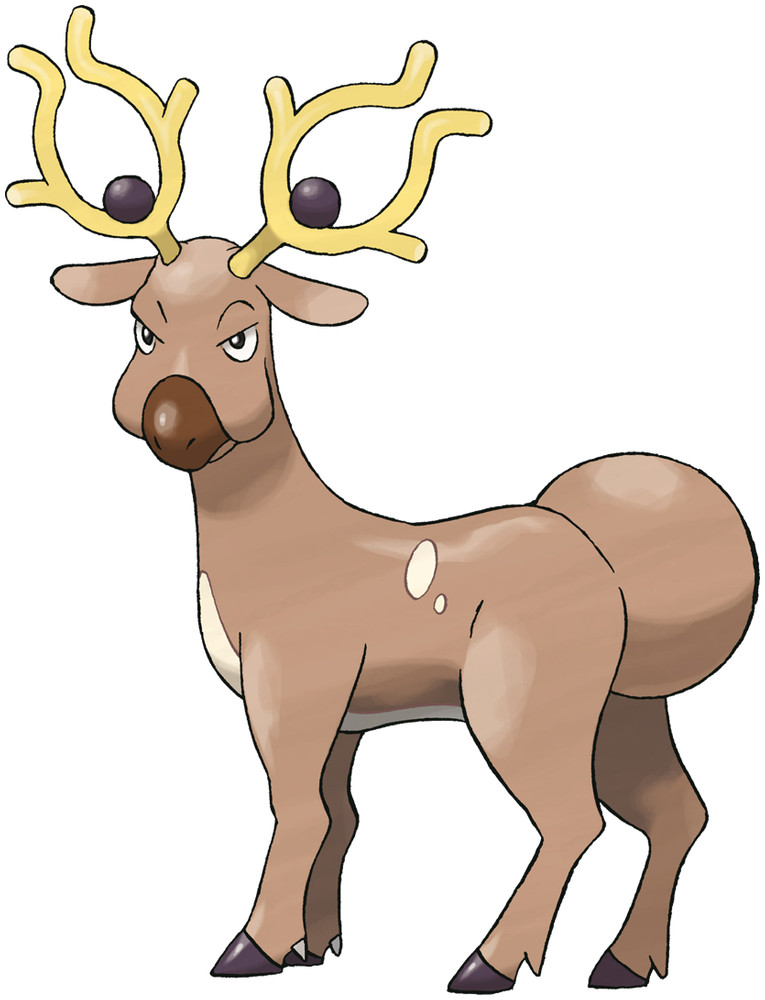 Stantler is a Normal Pokémon. It is vulnerable to Fighting moves. Stantler's strongest moveset is Tackle & Return and it has a Max CP of 2,164.

"Stantler's magnificent antlers were traded at high prices as works of art. As a result, this Pokémon was hunted close to extinction by those who were after the priceless antlers."

Tackle and Zen Headbutt are both very bad moves, which are ultimately the biggest problems for Stantler. The former is slightly better than the latter, and benefits from STAB.

Stomp costs the least amount of energy, and benefits from STAB. Wild Charge is a powerful move and provides useful coverage, but is risky to use due to its self-debuff. Megahorn could be chosen if its coverage is needed, but demands more energy, and Bug-typing is typically not as valued. Return costs too much energy.

Stantler has no use in the meta due to its painfully bad fast move options. Unimpressive bulk doesn't help it either.

With a max CP of 2164, Stantler has no use outside of Great League.

♫♫ Stantler the brown nose reindeer, lookin like a tasty snack. ♫♫