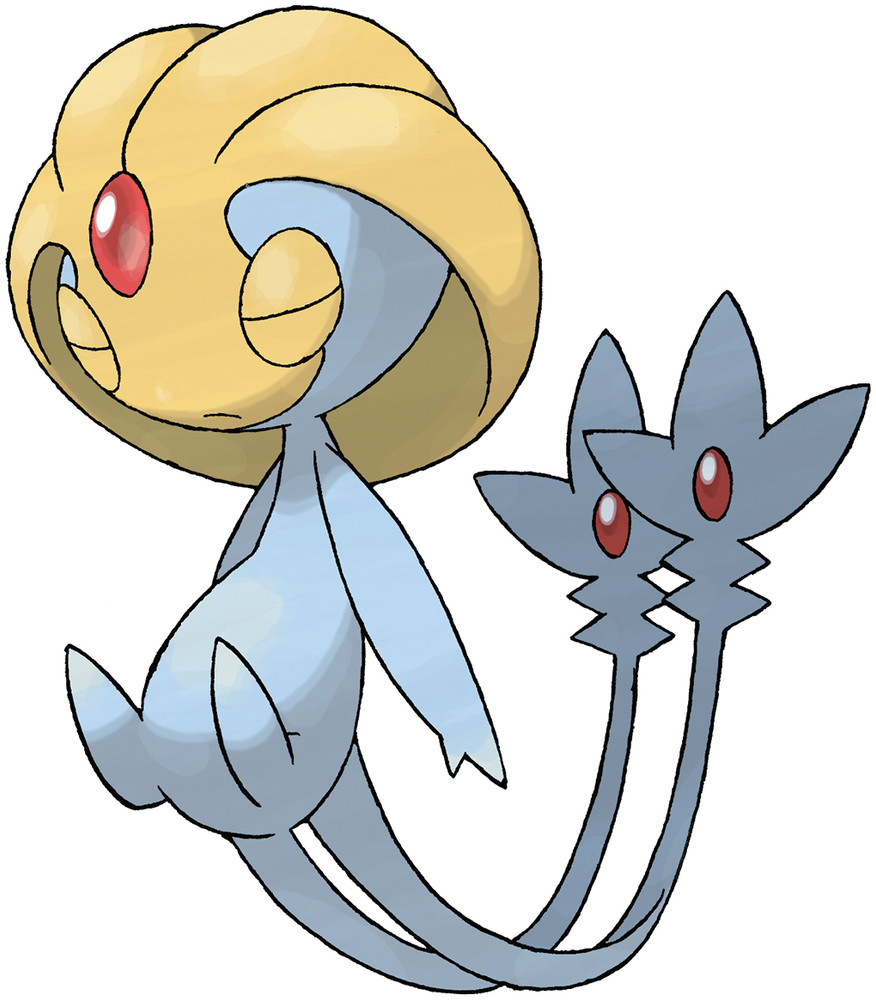 Uxie is a legendary Psychic Pokémon. It is vulnerable to Bug, Ghost and Dark moves. Uxie's strongest moveset is Confusion & Future Sight and it has a Max CP of 2,524.

"It is said that its emergence gave humans the intelligence to improve their quality of life."

Uxie is all but a designated anchor, only to be used when your opponent's shields are down. This becomes apparent when looking at its available charged moves, which are very expensive. Future Sight (120 power, 65 energy) is a Psychic-type clone of Earthquake, hitting incredibly hard but also getting walled hard by shields. Thunder (100 power, 60 energy) is pretty similar in those respects.That said, you don't necessarily use Thunder because it's an incredible move. You use it because Swift is awful. Swift has 60 power for 55 energy, making it all but strictly worse than Thunder. Don't use Swift.

Extrasensory (2.66 DPT, 3.33 EPT) might seem like a viable option due to its higher energy gain. However, Confusion's higher damage balances it out, giving Uxie more consistent power, even when shields are down.

Where Uxie's defense-weighted stat distribution may do it no favors in raids, it's a good pick in PvP, especially down in Great League. While Cresselia may often be better, Thunder gives Uxie a meaningfully stronger Azumarill 1-shield matchup, which can give it a niche. If you're not in APAC, you don't necessarily need to go out of your way to get an Uxie, but if you have one, it might be worth using.

Uxie remains strong in Ultra thanks to its high bulk. While it does have a pretty painful weakness to Giratina and the Psychic damage gets walled by Registeel, it still doesn't do too bad against either, and handles a lot of neutral matchups thanks to its bulk. Unfortunately it due to its slow moveset it tends to fall behind other Psychic Pokemon like Cresselia and Armored Mewtwo.

Uxie has a max CP of 2524 at level 40, which is quite lackluster in Master League. Its typing and access to Confusion still results in expected wins against Fighting-types, though this is the only niche it has going for it.