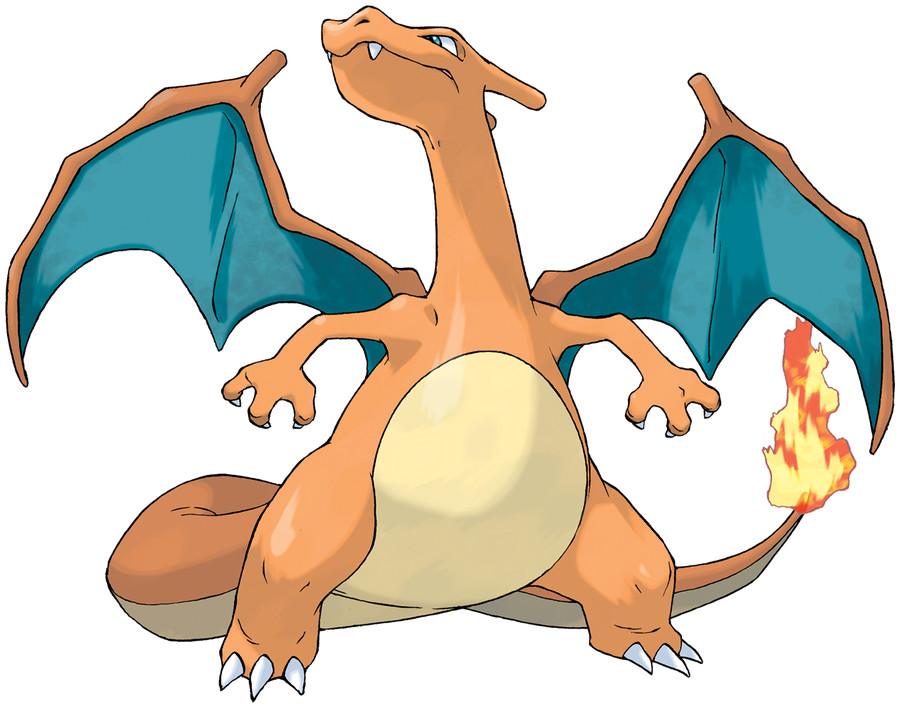 Charizard is a Fire & Flying Pokémon which evolves from Charmeleon. It is vulnerable to Rock, Water and Electric moves. Charizard's strongest moveset is Fire Spin & Blast Burn and it has a Max CP of 2,889.

"Charizard flies around the sky in search of powerful opponents. It breathes fire of such great heat that it melts anything. However, it never turns its fiery breath on any opponent weaker than itself."

Fire Spin is the more preferable fast move for Charizard, with slightly better energy gains than Air Slash, and offers Fire-type coverage. Wing Attack features the most energy generation, though by a small lead, at the cost of less damage output. Dragon Breath is a powerful move, but lacks STAB, and generally falls behind against neutral opponents.

Blast Burn is a limited move obtained through Community Day events, but it's mandatory for optimal usage of Charizard. An incredible 2.2 DPE (Damage Per Energy) rating allows Charizard to output huge amounts of damage without paying high energy costs. Even when resisted, Blast Burn would still have a greater DPE value than neutral Dragon Claw, but not when it would be doubly resisted. Dragon Claw is recommended for its cheaper energy cost and Dragon-type coverage. The update to Overheat following the Dec 2019 rebalance makes it a decent choice if Blast Burn is unavailable, but a significant self debuff of -2 ATK makes it more risky and less reliable. Fire Blast costs too much energy, and Flamethrower is a direct downgrade of Blast Burn.

A fan-favorite from other Pokemon games, Charizard first gained popularity in PvP during the Silph Arena's Kingdom Cup. While a relatively high ATK stat offers good offensive capabilities, a lack of bulk combined with a risky typing and a double weakness makes Charizard difficult to use. In addition, Charizard also requires access to the legacy Blast Burn obtained from its Community Day in order to perform optimally in most cases, which limits its accessibility.

Charizard is a considerable option against common Steel-types in Ultra League, as well as the best wall to Registeel, in addition to various meta counterpicks like Togekiss. Risky vulnerabilities and unspectacular bulk are still major problems for Charizard though. Access to Dragon-type moves is valuable against popular Dragon-types like Giratina.

Charizard lacks sufficient stats to perform well in Master League. Unspectacular energy gains often make Charizard too slow to keep up with Pokemon with faster movesets, not to mention numerous losses against Pokemon with legendary stats and common Dragon-types, despite access to Dragon-type moves.