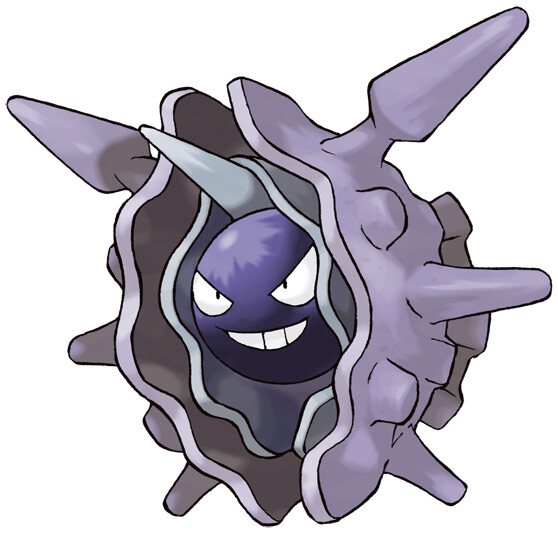 Cloyster is a Water & Ice Pokémon which evolves from Shellder. It is vulnerable to Fighting, Rock, Grass and Electric moves. Cloyster's strongest moveset is Frost Breath & Avalanche and it has a Max CP of 2,547.

"Cloyster is capable of swimming in the sea. It does so by swallowing water, then jetting it out toward the rear. This Pokémon shoots spikes from its shell using the same system."

Ice Shard is the preferred fast move due to its better energy gains, which is necessary to take advantage of Cloyster's strong charge moves.

Icy Wind and Avalanche both cost the same 45 energy, which makes it easy to keep the opponent guessing. The former has poor damage output but Attack debuff utility, while the latter threatens much stronger damage. Hydro Pump could be chosen if its coverage is needed, but its high energy cost is unappealing.

Cloyster is a niche pick in the Great League. Its above average bulk and great attacks allow it to perform well in several neutral matchups and take down a number of large threats such as Altaria, but other Pokemon can perform the same function with more general utility

Cloyster's typing, moveset, and stats all come together to make it a strong threat in the Ultra League. With a CP that caps just over 2500, a good Cloyster comes out near maxed, which helps its power tremendously. Cloyster is capable of taking down a number of huge threats in the league, including Lugia, Dragonite, and both flavors of Giratina. However, while Water and Ice cover each other fairly well, Cloyster is still beaten by other top threats such as Lucario. While not a top-threat based on its own merits, Cloyster is good at countering the meta and tearing holes in the opponent's team for its team-mates. If you play the Ultra League, Cloyster is a Pokemon worth investing in if you have need of its talents.

While not as wide as before, Cloyster's niche still exists in the Master League despite its relatively low CP. It can still dismantle Dragonite and punch holes in Lugia, and on top of this it also threatens to KO other huge threats in the tier such as Groudon and Garchomp. However, Regice is generally a stronger pick for most of the same matchups that you'd use Cloyster for, unless you also have good use for a STAB Hydro Pump.