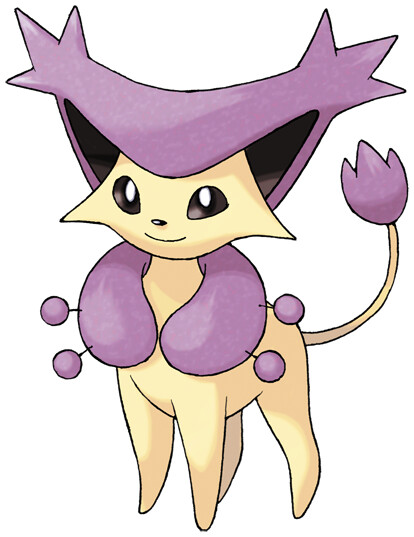 Delcatty is a Normal Pokémon which evolves from Skitty. It is vulnerable to Fighting moves. Delcatty's strongest moveset is Feint Attack & Wild Charge and it has a Max CP of 1,496.

"Delcatty prefers to live an unfettered existence in which it can do as it pleases at its own pace. Because this Pokémon eats and sleeps whenever it decides, its daily routines are completely random."

Charm is a powerful option to deal large amounts of damage without worrying about being shielded, but it also offers the worst energy generation in the game. Feint Attack sports the average 3.0 DPT (Damage Per Turn) and 3.0 EPT (Energy Per Turn), which lets Delcatty access its charge move sooner.

Disarming Voice is good charge move option, with a moderate 45 energy cost and 1.56 DPE (Damage Per Energy), it demands the least energy among Delcatty's charge moves and can be used more frequently. Wild Charge is a powerful move that offers interesting coverage, and can also catch unsuspecting opponents by surprise. Play Rough is an inferior charge move compared to the previous two.

Delcatty is an underdogcat in PvP, and is generally overlooked due to greater popularity surrounding meta picks. That may work to Delcatty's advantage though, as unsuspecting opponents may get caught off guard by Delcatty's unusual moveset. With a max CP of 1496, Delcatty unfortunately needs to be fully powered up to level 40 to reach its full potential, which makes this cat rather expensive to use for PvP. With a relatively balanced stat distribution that somewhat leans towards its stamina, Delcatty does have some decent bulk to back it up, though this isn't enough to let it dominate most meta picks.

Delcatty has a max CP of 1496, which is barely enough for Great League, let alone Ultra League. Its Normal typing and access to Charm lets it beat Giratina Origin Forme, but that's about the only thing it has going for it.

This cat ain't slaying no dragons or dinosaurs.