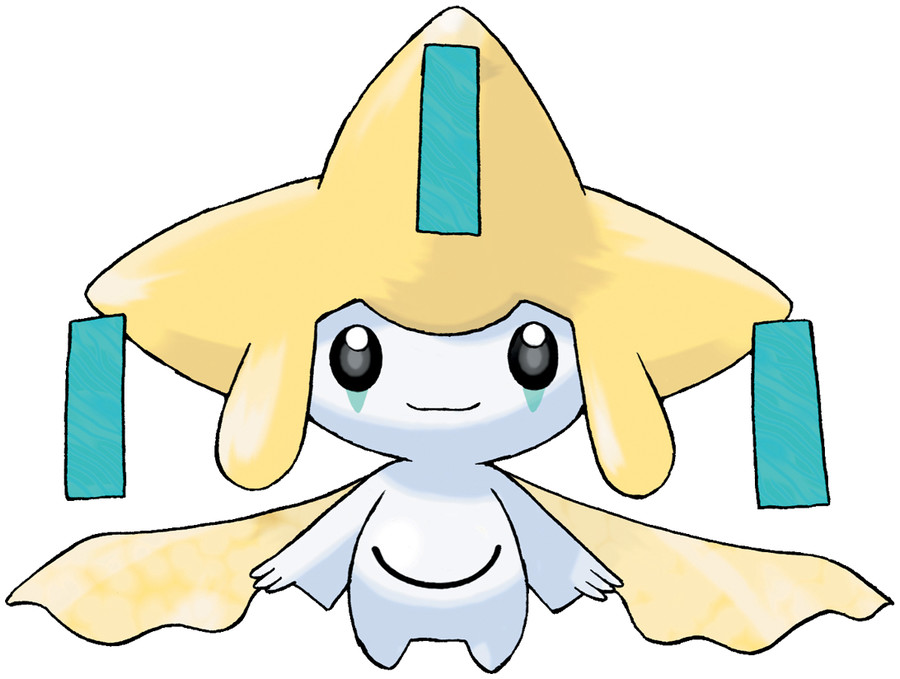 Jirachi is a mythical Steel & Psychic Pokémon. It is vulnerable to Ground, Ghost, Fire and Dark moves. Jirachi's strongest moveset is Confusion & Doom Desire and it has a Max CP of 3,265.

"A legend states that Jirachi will make true any wish that is written on notes attached to its head when it awakens. If this Pokémon senses danger, it will fight without awakening."

Confusion's high damage output is boosted even further with STAB, which makes it more preferable than the extra energy gains from Charge Beam.

Doom Desire is the main charge move for Jirachi, and even after its pre-release nerf it's still an excellent move. While Steel-typing isn't very valuable offensively, Doom Desire does benefit from STAB, which makes it really good even in neutral scenarios. Dazzling Gleam costs almost twice as much as energy as Doom Desire but doesn't perform anywhere close in comparison, though it offers additional type coverage, including against Jirachi's weakness to Dark-types.

The September 2019 boost to Psychic made it a viable move with STAB and lower energy cost than Dazzling Gleam. It's a good move, but it has a few issues on Jirachi: the first is that Doom Desire is an objectively better neutral damage attack, and the second is the fact that it provides absolutely no advantage against Jirachi's counters; in particular Dark Types.

Jirachi was initially set to become a dominating force in PvP thanks to what would have been the best charge move in the game: Doom Desire. A slight nerf to Doom Desire's PvP stats pre-release hurts Jirachi a bit, as it requires an additional fast move to build enough energy. Unfortunately Jirachi now loses to many of the popular Water-type contenders like Whiscash and Blastoise, in addition to just getting walled by Dark-types like Umbreon and Sableye. Because Jirachi doesn't have enough bulk to tank Super Effective attacks for long, Jirachi tends to do better if it can either shield itself twice, or fight with a shield advantage. Despite this, Jirachi is still quite good since Doom Desire is comparable to the Community Day moves that are exclusive to starter Pokemon. Overall a really good pick for Great League, and if anything definitely worth trying.

The pre-release nerf of Doom Desire is a much bigger wound in Ultra League, as Jirachi was reliant on more frequently abusing Doom Desire to take on much of the meta. Regardless, Jirachi is still considerably good in Ultra League since it can shut down most of the Fighting-types that help cover Giratina, as well as straight up winning against Giratina Altered Forme itself if there's no Ghost-type moves in play. Similarly to Great League however, Jirachi is held back by unextraordinary bulk which means it typically prefers being shielded twice, or at the least to fight with a shield advantage. Overall Jirachi does a really good job in Ultra League, but in the big mess of Giratina, anti-Giratina, and the other complexities involved, Jirachi needs to pick its fights carefully, especially against any opponent with a Ghost or Dark-type moveset.

Jirachi has a max CP of 3265, which is somewhat behind that of many other legendary Pokemon in Master League. Jirachi's powerful moveset is what allows it to get wins off the more intimidating titans like Dialga. Just like in the other leagues, Jirachi performs better with double shields, but now loses more easily to opponents with a typing or moveset advantage. Overall a really good pick for PvP, being capable of walling the popular Dragons not named Giratina Origin Forme, and fighting back against Groudon and Lucario with double shields. While the Stardust and Rare Candy costs to max out Jirachi might be quite high, Jirachi for the most part doesn't actually need a second move as long as it can abuse Doom Desire.