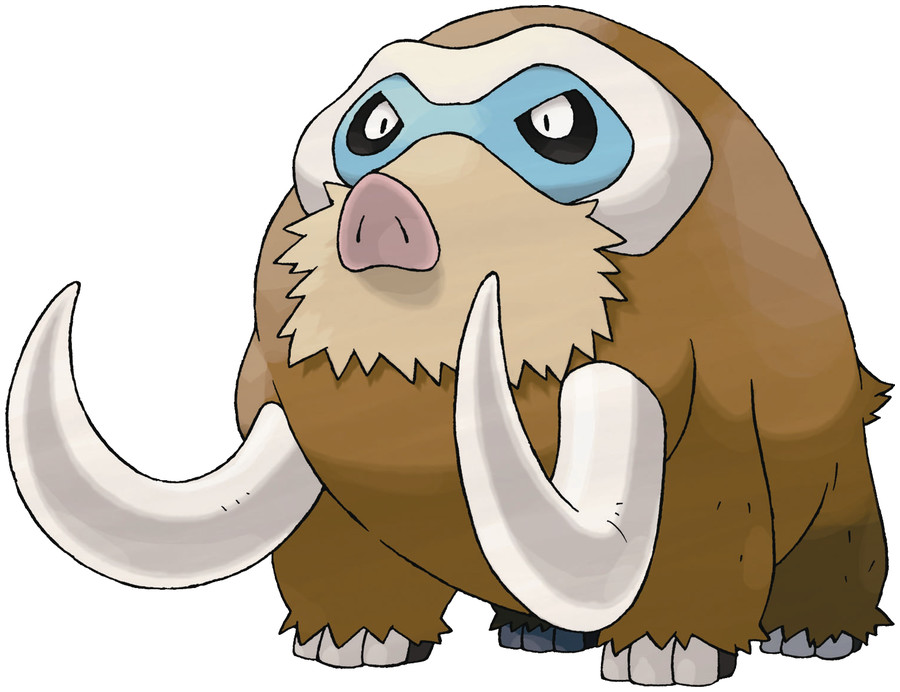 Mamoswine is an Ice & Ground Pokémon which evolves from Piloswine. It is vulnerable to Fighting, Steel, Fire, Water and Grass moves. Mamoswine's strongest moveset is Mud-Slap & Avalanche and it has a Max CP of 3,328.

"Its impressive tusks are made of ice. The population thinned when it turned warm after the ice age."

Powder Snow is preferred for its high energy generation, which lets Mamoswine use its strong charge moves sooner.

Avalanche is one of the most efficient charged moves in all of PvP, being both cheap and hard-hitting. Bulldoze is the second charged move of choice, giving you coverage for Steel- and Rock-types. This is especially meaningful because Ice + Ground charged moves allow Mamoswine to hit virtually every Pokémon for at least neutral damage. Stone Edge can be used to eliminate certain Pokemon, such as Ho-Oh in the Master League, and is Mamoswine's strongest option against Water-type targets. Ancient Power is not recommended due to its very poor damage output.

Thanks to Mamoswine’s higher attack stat, it gets outperformed by Piloswine. Use that instead.

While Mamoswine has positive matchups against Giratina and Lugia, so does Piloswine, and so do better Ice-types such as Lapras, which all have superior bulk. Once again, just use those instead.

While it does not possess the highest of stats, Mamoswine shines best in the Master League due to the abundance of Ice weak targets and the overall lack of Ice resistances. Thanks to Flying-, Ground-, and Dragon-types often running rampant, Mamoswine has many opportunities to leave a trail of destruction in its wake. Additional coverage from Bulldoze or Stone Edge further makes it trickier to handle; the former move can dent any Melmetal or Metagross that resist Avalanche, while the latter move swiftly removes Ho-Oh.

Despite its offensive prowess, Mamoswine does suffer from many flaws that can make it challenging to use. It is a fragile Pokemon with almost no resistances, and is cursed with weaknesses to common Fighting-, Steel-, and Water-type attacks. Its matchups can be inconsistent head on, and it is possible for Pokemon such as Groudon, Landorus-T, and Dragonite to simply beat it 1v1 despite Mamoswine's type advantage. Thus, using Mamoswine often requires some finesse with energy and shield management. In the right hands, Mamoswine is a terrifying corebreaker and can snowball out of control, but can just as easily fall apart if used carelessly.