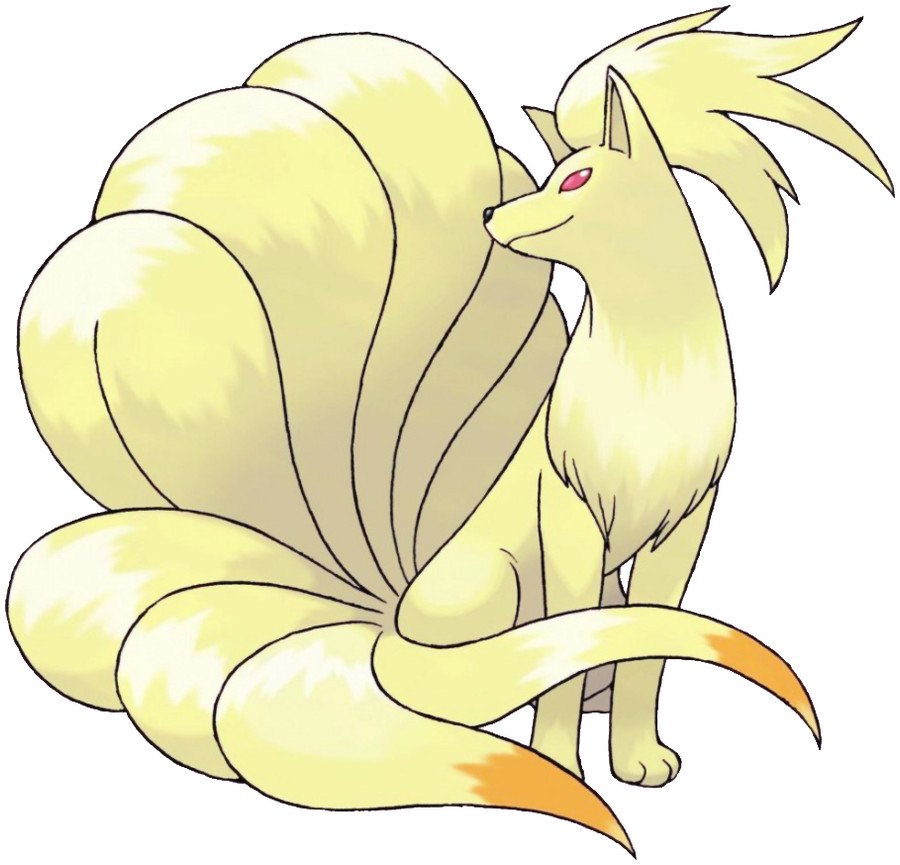 Ninetales is a Fire Pokémon which evolves from Vulpix. It is vulnerable to Ground, Rock and Water moves. Ninetales's strongest moveset is Fire Spin & Weather Ball and it has a Max CP of 2,279.

"Ninetales casts a sinister light from its bright red eyes to gain total control over its foe's mind. This Pokémon is said to live for a thousand years."

The addition of Weather Ball (Fire) is incredibly important for Ninetales, as it offers a cheap energy charge move option, and can be used frequently. Psyshock costs a moderate amount of energy and provides alternative coverage. Overheat is powerful for its moderate energy cost, but doesn't provide extra coverage, and can be difficult to use due to its self-debuff. Flamethrower is a downgrade in performance compared to Weather Ball, while Fire Blast, Heat Wave, and Solar Beam demand way too much energy to use (though the latter can surprise Pokemon that Ninetales is weak to).

Ninetales is a more defensive-oriented Pokemon stat-wise, with a mono-Fire typing that offers more resistances than weaknesses, and a decent moveset overall. The lack of coverage in its movesets (Solar Beam demands an insane amount of energy) and the prevalence of Water-types in Great League give Ninetales some problems, which hurts its overall rating. Overall a decent pick, but performs better in closed scenarios due to more limited threats, such as specific cup formats.

The level 50 update and addition of Weather Ball are significant improvements for Ninetales, resulting in additional wins in Ultra League. While Ninetales enjoys favorable matchups against various Grass, Bug, and Fairy Pokemon, the prevalence of Water-types in this league is a major hurdle for Ninetales. Ember is expected to be more favorable against the meta-breaking Galarian Stunfisk, which requires an Elite TM, while the amount of XL candy needed to power up to the Ultra League level cap makes Ninetales quite costly to prep for this league. Overall a decently solid Pokemon for this league, but not the most impressive.